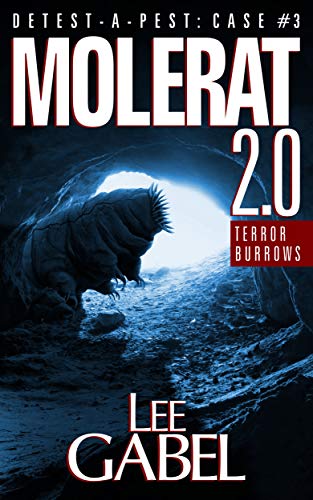 A playground for the rich. A genetic mutation a thousand years old. A relentless hunger for human flesh. What could go wrong?

Harry Harcourt has a problem. People are dying at exclusive golf resort Mar-A-Verde. As head greenskeeper, it's up to him to “fix” the problem and keep the course open... or face termination. But it's not one problem, it's a vast network of vicious problems, all under the turf.

As bodies pile up, resident doctor Daniela Trejo joins Harry in the fight. Together, they capture a creature unlike anything on Earth – acid skin and razor-sharp fangs with agility that matches its appetite. But the creature escapes.

Outmatched and outnumbered, Harry seeks outside help. No one wants to touch the job – no one except Detest-A-Pest. O'Connor, Sam, and Hope hit the road for what looks like an easy payday in a tropical paradise. What awaits them is a journey through hell that has gruesome death hiding in every shadow...