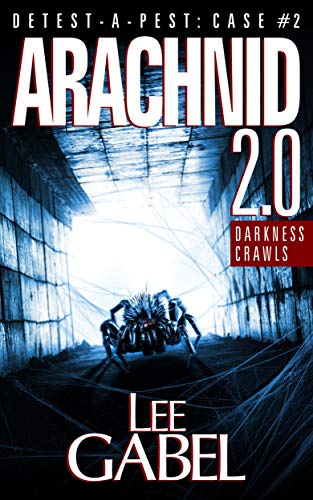 Spiders. Over 35,000 species. Every person on Earth eaten in one year. Now there's one more... a ravenous eight-legged hybrid thousands of years in the making and bigger than a dozen burritos.

After a summer of exterminator training in New York, Bradley returns home ready to face his senior year with renewed confidence. But fate gets in the way of his grand teenage plans – especially when eight legs attack instead of four.

And these aren't your typical, everyday spiders. Their newly acquired taste for raw meat has them casting a wide net over Bradley's sleepy San Fernando suburb. It doesn't take them long to scramble up the food chain.

Add a vengeful ex-girlfriend casting a web of lies into the mix, and things get downright sticky.

But Detest-A-Pest can't resist a challenge. Sam and O'Connor rejoin Bradley and his inventive friends as they wage war on an infestation of spiders poised to swallow not only the high school, but the neighborhood and everyone within...