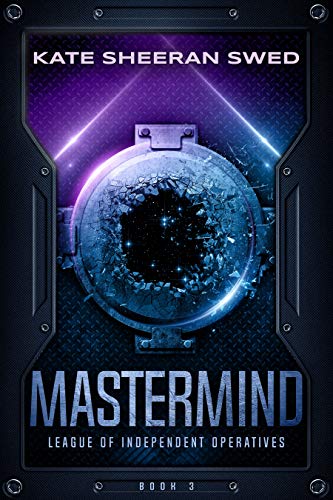 Her secret identity is blown, the league is under official scrutiny, and LIO's retirees are now their sworn enemies--all because of her reckless decisions.

When mysterious strangers steal the league's most powerful asset, Mary adds one more defeat to her roster by failing to prevent their escape. Afraid of making another devastating mistake, she refuses to join the mission to track down the thieves, instead sticking to the relative safety of HQ. If that means occasionally encountering her ex in the halls, well, she's punched Nathan Pearce before. She's not afraid to do it again.

But the mission goes awry when LIO's government liaison turns against them, and only Mary and Nathan remain free. With her friends in dire need and a powerful new foe lurking just out of sight, Mary must face her own demons before she can hope to defeat her enemies--and save the people she loves.