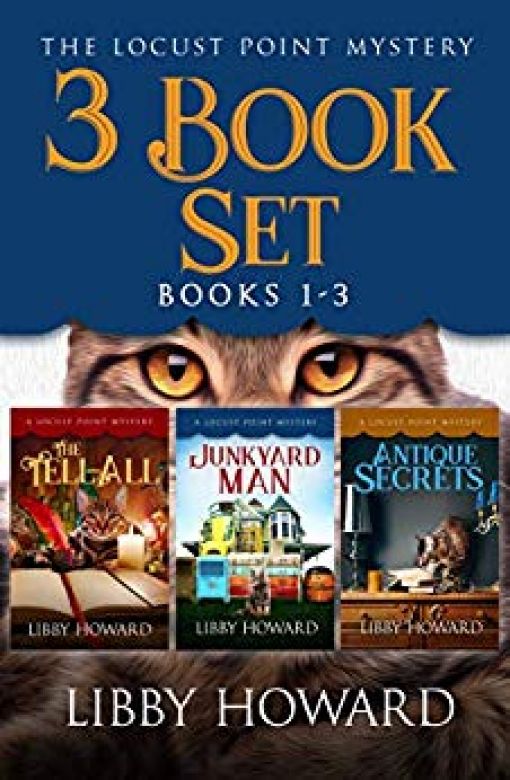 Life at sixty isn't quite what Kay Carrera expected. She's working as a skip-tracer for a PI who is desperate to land his own reality TV show. She has a new roommate who arrived with more than the usual amount of baggage. And her attempts at knitting are less than stellar – way less than stellar. Worse, the cataract surgery that restored her sight has also delivered an unexpected and disturbing side-effect.Kay sees ghosts. And when the dead turn to her for help, she just can't say no.The Tell All - The town party planner has a secret, and it'll be the death of her.Junkyard Man - Kay finds the eccentric recluse across the street murdered and herself in the middle of the investigation.Antique Secrets - When an auction antique comes with a troubled ghost, Kay digs into the past and uncovers a whole host of secrets.