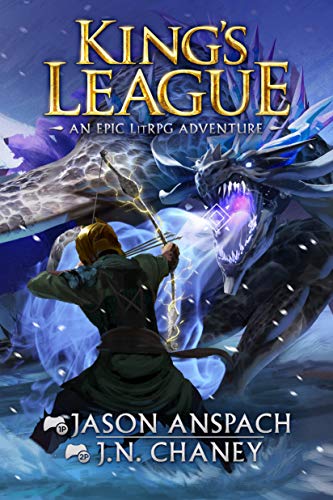 For recently expelled college dropout Dirk Wilson, picking up and re-selling other player's scraps from cleared dungeons and side quests gone sideways is the only thing keeping him from living on the streets.

Tired of ramen noodles, past due notices, and feeling like his future is over before it ever started, Dirk decides that if he's going to make something of himself, it'll be within the game, taking advantage of the real life payouts from selling in-game goods on King's League's River Market.

But the game leaves little margin for error, and Dirk's virtual problems grow as large as his real life ones as he discovers a powerful conspiracy that impacts players from level one to level 99.

1,000,000 copy #1 Bestselling authors Jason Anspach & JN Chaney team up to tell this action-packed, humorous LitRPG adventure that blends the cheeky fun of Ready Player One with all the adventure and excitement of Elder Scrolls & World of Warcraft.