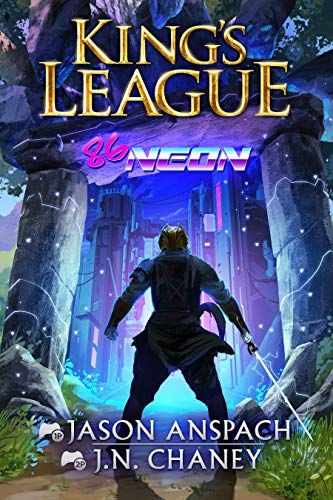 Success brings its own troubles.

Dirk's epic run of success in King's League has drawn new gamers to Dawnshire, but not all of them are there to play nice. Rumors about mysterious Graydon's Armor pieces are quietly spreading across the Realms. It isn't long before someone attempts to take away everything Dirk possess as powerful forces conspire against King's League's newest player sensation.

The game quickly turns personal as hidden threats work to make Dirk's life miserable in and out of the game. Dirk follows the clues to King's League's cyberpunk expansion realm, 86-Neon. Fighting for survival in a world of flying cars, powerful weapons, and ruthless crime, Dirk must learn to rely on more than just himself if he hopes to survive this thrillingly hilarious second installment of King's League!