Diamonds, Danger, and A Deadly Secret...

Private investigator and forensic accountant Katerina Carter uncovers a sinister connection between blood diamonds and organized crime. Then two company employees are brutally murdered and her investigation becomes much more dangerous than she had ever imagined. Can she can stay alive long enough to expose the real criminals...or will her first case be her last?

Exit Strategy is an action-packed legal thriller in the vein of Michael Connelly and John Grisham, teeming with greed, corruption, and conspiracy in the corridors of power. This stunning debut crime thriller suspense novel from crime author Colleen Cross will captivate you with psychological suspense, international intrigue and surprising plot twists in the great legal thriller tradition of Adam Mitzner, Greg Iles, Lisa Scottoline and Rachel Caine. A financial thriller with a cool new private investigator who gets the job done. Fans of Girl on the Train and Stillhouse Lake will love this riveting crime thriller.

“An international tale of diamonds, danger, and disappearance, Exit Strategy gripped me from page one...”"Exit Strategy, the first in the action-packed Katerina Carter Legal Thriller series, is a suspenseful psychological thriller sure to keep you turning pages!""...Heart-stopping tension and intrigue!""What do you do when the bodies pile up? Follow the money. This smart and fast-paced financial thriller will get your adrenaline pumping and your mind racing from Vancouver to Buenos Aires Argentina, A twisty crime thriller that will keep you guessing.""Murder and misfortune and money go hand in hand...one of the best crime thrillers and mystery books this year!""If you like thriller books with an international flair, check out Exit Strategy. From Vancouver to Argentina and beyond, Cross's suspense thriller books are tightly plotted with pacing and suspense reminiscent of Grisham books."

The bedroom light flashed on and Clara’s world exploded. Three men in masques luchadores burst into the room and surrounded the bed like a tag team in a wrestling ring. She turned her head to look at Vicente, but saw only her husband’s back.

Carnaval dance troupes paraded in the street below, all Buenos Aires oblivious to the theatre unfolding in her bedroom. Sounds of snare drums and cymbals drifted upwards as murga porteños beat out the final notes of the Despidida, the exit song.

The stocky one charged Vicente with a baseball bat, driving it down across his legs with a thud. Clara shuddered as the mattress imploded from the impact. Vicente grunted but remained still. A million images raced through her head—her mother, her father’s cronies, his competitors. All those disappearances would have started like this.

Vicente tensed beside her. He slid his hand towards hers and clasped it under the bed sheet without looking at her. She squeezed it back as she fought to calm her racing thoughts. Their detailed plans hadn’t included getting caught.

Then the man turned to Clara. He wore a garish green mask with thick red borders around his eyes and mouth. His eyes bored into hers, challenging her. She clutched at the mulberry silk coverlet with her exposed hand, pulling it upwards. The fabric reverberated with every beat of her racing heart.

The diamonds. Her father knew about the plan.

“Name your price. I’ll pay you.”  Her words came in a whisper.

They’d delayed their escape by two days, waiting for payment on the last diamond shipment. Vicente objected, insisting a year of preparation shouldn’t be undone in one day. But Clara needed to wrench every last peso from her father, to ruin him, to make him pay. She would prove she could outsmart him, just like she had for the last two years. Now their escape was in jeopardy. How had he found out?

“You can’t buy me, Clara.” Rodriguez didn’t bother disguising his voice, either too stupid or too cocky to worry about it.

“Why not?  My father did. How much do you want?”  She kept her voice even as bile rose in her throat. Her father had sent Rodriguez on purpose, knowing she despised him.

Vicente squeezed her hand; now it was damp with sweat. The two other men remained at the foot of the bed, AK47s trained on them both.

“It’s not money I want.” He pulled off the mask, the overhead light glinting off his gold tooth. “You can still choose me. At least I’ve got a future.”

The tall, rangy one in the Wolfman mask laughed and shifted his gun.

Bastard. She wasn’t a prize to be married off. And Rodriguez might think he was in her father’s inner circle, but Clara knew better. It could just as easily be Rodriguez in the gun sights instead. Like a tank of lobsters, sooner or later it would be his turn.

Vicente shot up in bed. “Leave her out of this.”

Clara pulled at Vicente’s forearm. Even she knew not to anger Rodriguez. He wasn’t known as the executioner for nothing.

“Shut up.” Rodriguez shoved Vicente back down on the bed with the rifle butt.

“Call my father. It’s a misunderstanding.”  She could explain away the diamonds and convince him of even greater profits. Her idea of trading guns and munitions for blood diamonds had been a cash cow for the organization, but her father couldn’t even spare a thank you. So Clara and Vicente had helped themselves to a cut off the top. They deserved it.

“Too late. He’s out of the country. Out of contact.”

Rodriguez was little more than a glorified thug, having risen through the ranks of her father’s organization by being willing to do anything, kill anyone. How could he know her father planned to transfer the day-to-day running of the cartel to Vicente. Or so he said. They had dined with him at Resto, her favorite restaurant, just hours ago. Was her father dispatching his thugs while they ate? No, he likely choreographed both the dinner and punishment days before, waiting for the ultimate moment of revenge. The irony would have thrilled him.

“Call him right now!”  Clara almost sat up, forgetting her nakedness under the sheets.

“No. It’s time I got a little of what I want.”  Rodriguez moved slowly over to her side of the bed. Wolfman and el Diablo remained by the wall, guns trained at their heads. Vicente shifted on the mattress beside her and squeezed her hand under the sheets.

“Please—I need to talk to my father.”

“Talk to him at Vicente’s funeral.”  Rodriguez turned and strode back towards the other men. He motioned to them with a flick of the wrist and disappeared into the bathroom.

The men lowered their guns slightly as first one then the other scanned the covers, starting at her feet and moving up slowly to meet her stare. She didn’t need to see their faces to know what they were thinking. She felt it.

Clara shuddered as she tugged on the coverlet. Wolfman laughed at her and moved closer. Obviously one of her father’s henchmen, but one she didn’t recognize.

He hooked the barrel of his gun under the comforter edge and pulled it off. Not once did he take his eyes off hers. Clara shivered but didn’t dare move.

Vicente tensed beside her.

The sheer curtains fluttered as a soft breeze blew into the bedroom. The revelers had gone and it was almost dawn. Already she could hear the faint sounds of traffic on nearby Avenida Libertador as more law abiding porteños began their predictable workdays. What she wouldn’t give for such tedium right now.

“Get the door,” Wolfman said to el Diablo, motioning towards the hallway while keeping his eyes locked on hers.

Then he moved closer, still pointing the gun at her head and reeking of stale cigars. He sat down on the side of the bed, blocking the open window. Suddenly the room felt stifling and claustrophobic.

Rodriguez emerged from the bathroom and the man stood up quickly.

“Not now,” Rodriguez said as he motioned Wolfman back against the wall. He turned back to Vicente. “Get up, asshole.”

Vicente let go of her hand. She felt it slide upwards towards the pillow where he kept his gun.

“None of that shit. Turn around. Hands out or I’ll cut them off.”

Rodriguez relished his command over Vicente.

Vicente did as he was told.

Still with his back to her—she couldn’t see his eyes.

“I’m not giving you anything, moron. Do it now.”

Vicente stumbled to his feet, nude. He held his arms up in surrender.

“In the bathroom. Now.”  Rodriguez shoved him with the gun barrel hard against Vicente’s back, pushing him forward.

“No!”  Clara grabbed her water glass from the bedside table and hurled it at Rodriguez. It missed and shattered against the wall.

Vicente turned to steal a look at her.

He stumbled as Rodriguez rammed the rifle butt into his back.

His face was etched in her mind when the shooting started.

Her last thought was drowned out by the staccato of gunfire.

Then everything went black. 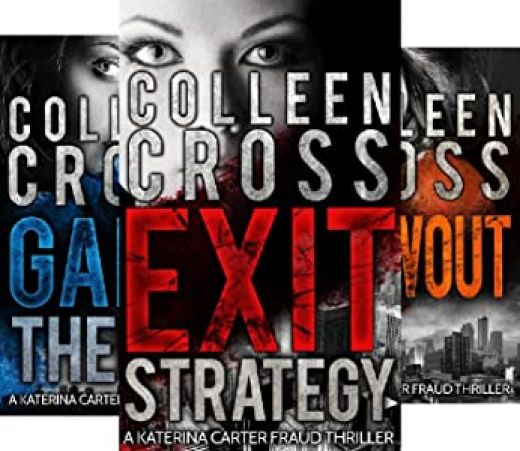