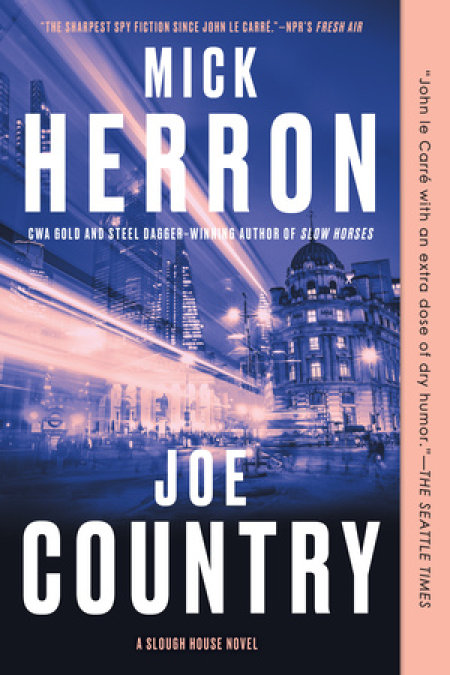 If Spook Street is where spies live, Joe Country is where they go to die.

In Slough House, the London outpost for disgraced spies of MI5, memories are stirring, all of them bad. Catherine Standish is buying booze again, Louisa Guy is raking over the ashes of lost love, and new recruit Lech Wicinski, whose sins make him outcast even among the slow horses, is determined to discover who destroyed his career, even if he tears his life apart in the process.

Meanwhile, in Regent's Park, Diana Taverner's tenure as First Desk is running into difficulties. If she's going to make the Service fit for purpose, she might have to make deals with a familiar old devil....

And with winter taking its grip, Jackson Lamb would sooner be left brooding in peace, but even he can't ignore the dried blood on his carpets. So when the man responsible breaks cover at last, Lamb sends the slow horses out to even the score. 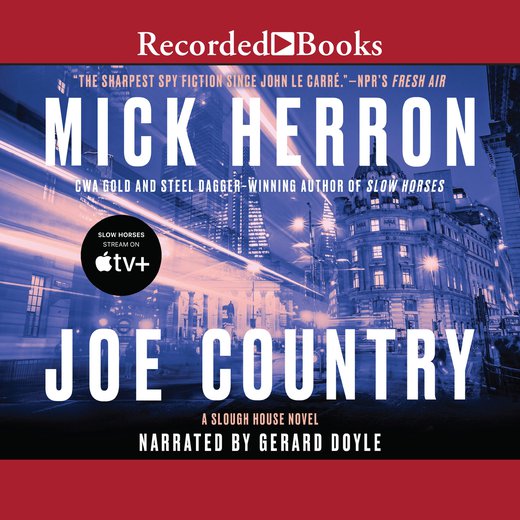 Cities sleep with their lights on, as if they’re afraid of the dark. Up and down their roads, clustering at junctions, streetlights make daisy chains out of the night, illuminating pavements and hiding the stars. And if, from above—from the perspective of an astronaut, say, or a reader—these chains resemble neural pathways, forging connections between a city’s hemispheres, that seems an accurate picture. For a city is made of memories, stored recollections packed into boxes of stone and metal, brick and glass, and the brighter its pathways pulse with light, the stronger those memories are. On its wider, busier thoroughfares the traces of grand events linger—royal progressions, wartime rallies, victory celebrations—while the circuses where its big roads meet nurture shades of less seemly occasions: riots and lynchings and public executions. Along its riverbanks, quiet moments promenade—a hundred thousand engagements and cuckoldings—and in the explosive glow of its transport terminals, a billion arrivals and a billion departures are recalled one by one. Some of these have left scars on its memory, others a faint graze, but all contribute to the whole, for this is what makes a city: the slow accumulation of history, of a near-infinite number of happenings in a network of streets that light up at night.
But if the grandest of these memories warrant plaques and statuary, the more private are kept out of view; or at least, stored in such plain sight that they’re unseen. Take Aldersgate Street, in the London borough of Finsbury, upon which the gross bulk of the Barbican squats like a toad. Even on the main drag, the dull weight of mediocrity hangs heavy: of all London’s memories, this undistinguished array of shops and offices is least likely to ring bells; those bright connections, firing through the night, are at their weakest here. But briefly lit by their flare, not far from the entrance to the Underground, is a block four storeys tall, though it appears shorter. Its pavement-level frontage comprises a black door dusty with neglect, sandwiched between a newsagent’s and a Chinese restaurant; its façade is distempered, its guttering a mess, and the local pigeons have shown their contempt for it in the traditional manner. The one stab at respectability—the legend WW Henderson, Solicitor and Commissioner for Oaths tattooed in gilt on a second-storey window—has long since started to peel, and the unlettered windows above and below it are smeary and grey. The building is a bad tooth set in a failing mouth. Here is where nothing happens: nothing to see here. Move along.
Which is how it’s supposed to be, for this is Slough House, and Slough House deserves no attention. Should a historian attempt to penetrate its mysteries, she’d first have to negotiate a back door which sticks in all weathers, then a staircase whose creaking suggests imminent collapse, but having done so, she’d find little to exercise her notebook: just a succession of offices equipped to face the 1990s, crumbling plasterwork, and rotting splinters in the window frames. The metallic odour of an overused kettle will taint the air, and in the corners of the flaking ceilings, mould spores congregate. She’ll creep from room to room on carpets thin as motel bedsheets, place a hopeful hand on radiators that are lumps of unresponsive steel, and find no history but the desultory kind, which carries on happening out of habit alone. So she’ll pack her pen away and head back down the rackety staircase, through the mildewed yard where the dustbins live, and out into the alley, then the street, then London beyond. There’s plenty of history elsewhere. There are memories minted every minute in the wider world. There’s no reason to waste her time on this.
And once she’s gone a sigh will pass through the building, a barely noticeable exhalation that rustles papers and wobbles doors, and Slough House will know its secrets remain intact. For it has secrets: like every building in every city, Slough House is a neuron in an urban hippocampus, and retains the echo of all it’s seen and heard. Memories have stained its walls and seeped into its stairwell; they reek of failure, and have been scrubbed from the public record, but they persist, and they’re not for intruders’ eyes. Deep within the building’s bones is the knowledge that some of its rooms that held two characters now hold only one; that formerly familiar impressions—the weight of a shadow on a wall; the pressure of a foot on a staircase—occur no more. This is what memory is: an abiding awareness that some things have vanished. And this is what consciousness is: the knowledge that more absences will come.
Time passes, and the city’s lights wink out as it heaves itself awake. Memories, stirred by sleep, subside with the dawn. Snow will arrive before the week’s end, but today there is only cold grey normality. Soon the slow horses will troop in, and settle to the mind-numbing grind; mental forced marches through a landscape undistinguished by points of interest. With such tasks in front of them, the real challenge is remembering why they bother.
And while they do, Slough House goes about the daily chore of trying to forget.