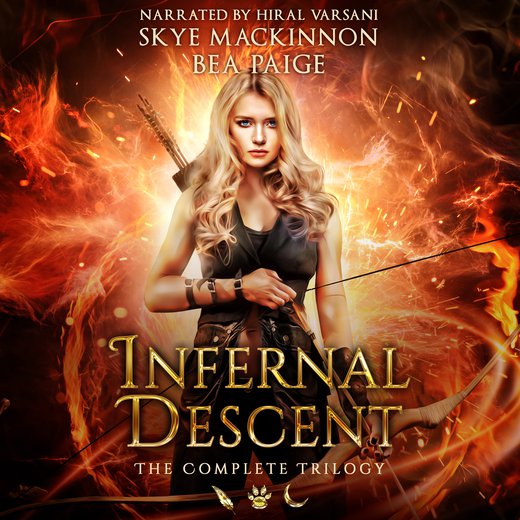 Listen to the complete Infernal Descent trilogy in one volume for the very first time. Hell just got a whole lot hotter...

The devil has taken Ciera's sister. To save her, she has to travel through all nine circles of his domain, filled with demons, monsters and sinners.

Luckily, she's not alone. Accompanied by a fallen angel, a werewolf and a hellhound, she ventures further into the lands of the dead than any human ever before. But there's a reason the living are not supposed to be in Hell, and with every circle, there are more enemies to overcome.

With the devil out to stop them, Ciera and her men need to hurry before it's too late for both her and her little sister...

An action packed fantasy adventure based on Dante's Inferno, but with a kickass heroine instead of a lovesick old poet, and a reverse harem romance that'll make you swoon.

Scroll up and get ready to cuddle the hellhound!