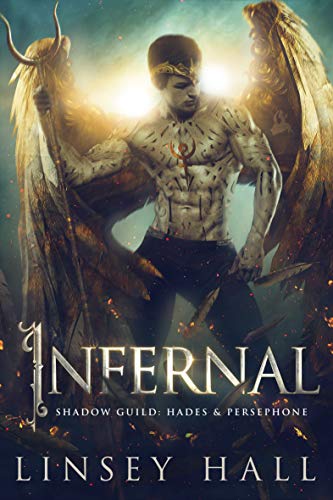 Tuesday night in the library started out normal--alone with cheap beer and a murder mystery. Partying, librarian style. Until the god Hades appears.

When he abducts me, I try to say he's got the wrong girl--I'm no goddess. At least, I don't think so.

Suddenly, I'm in his world, captive. The upside? I live in a castle with a lethally beautiful god who wants to make me a queen. The downside? He's scary AF and also wants me to help him destroy the world.

Obviously that gets a big 'no' from me. I'll do whatever it takes to escape, including seducing the god of death. But together, we're an inferno, and the heat is impossible to resist.

His touch fogs my mind, but I must succeed. Otherwise, everyone dies.