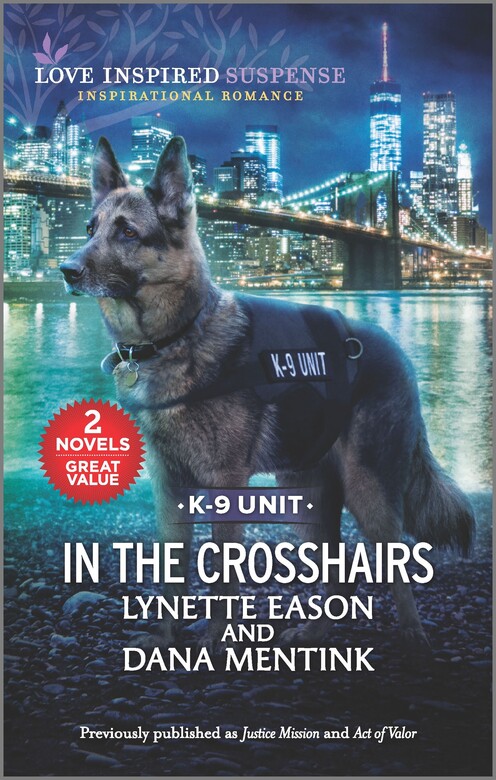 After K-9 unit administrative assistant Sophie Walters spots a suspicious stranger lurking at the K-9 graduation, the man kidnaps her—and she barely escapes. With Sophie’s boss missing and someone determined to silence her, NYPD officer Luke Hathaway vows he and his K-9 partner will guard her. But he must keep an emotional distance to ensure this mission ends in justice…not cold-blooded murder.

Act of Valor by Dana Mentink

When airline employee Violet Griffin encounters several suspicious passengers, she’s thrust into the crosshairs of a drug smuggling operation. NYPD officer Zach Jameson and his drug detection beagle, Eddie, can tell this is no small-time threat. Someone’s gunning for Violet, and after recently losing his brother, Zach refuses to lose her, too…especially now that she’s gone from friend to the woman he’s falling for.