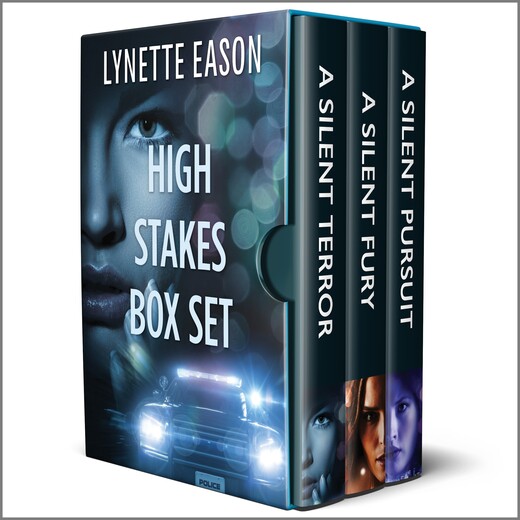 When Marianna Santino’s roommate is killed, Detective Ethan O’Hara can’t fathom the motive. Then he realizes the deaf teacher was the intended target. Marianna must have something the murderer desperately wants.

Tragedy strikes Palmetto Deaf School—twice. With one student murdered and another missing, it’s up to homicide detective Catelyn Clark to find the killer. She’ll even work with her ex-boyfriend, FBI agent Joseph Santino, to solve the case…while keeping her distance.

She’d been told her fiancé died in a military training accident, but Gina Santino’s gut told her otherwise. Still, she never imagined his killers would come after her. Now she is dodging bullets, and U.S. Army Ranger Ian Masterson is the only one she can trust.