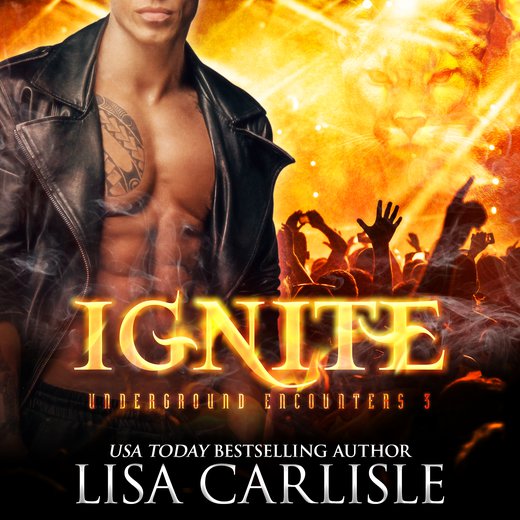 And a forbidden attraction that can't be ignored...

Lily won't consider a permanent relationship. When she meets the singer of a rock band at an underground nightclub, she's disarmed by his sensual voice and mischievous good looks. After an icy introduction, Lily warms up to Nico's charms.

He's a computer geek by day, and rock star by night. How could she resist such a combination?

She can't. But no one would understand her furry little secret. It could be dangerous. Especially during the full moon.

Ignite is a standalone shifter romance in the Underground Encounters series, set in a club that attracts supernatural creatures.

"The chemistry between Lily and Nico is off the charts. The sex is hot and steamy. They are a great match together in and out of the bedroom."

Don't Miss this Top Pick from both Night Owl Reviews and The Romance Reviews!