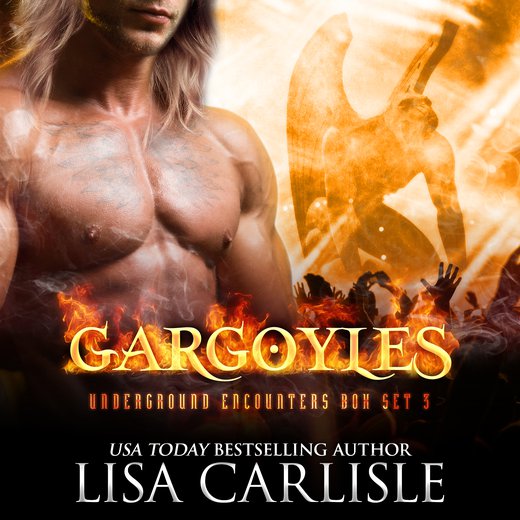 Danton breaks from his curse to protect Tracy, the woman he has longed for. He only has 24 hours before he returns to stone.

Can he convince her to spend it with him?

Mike is good at two things--numbers and his guitar. People, not so much.

When he stumbles upon a woman bleeding from the neck at an underground club, something wakes inside of him.

He's compelled to protect her. But--why?

"The chemistry between Danton and Tracy is scorching. They make a great pair."

"I really enjoyed this book [HEAT] and would recommend this series to anyone looking for a newer take on the shifter world. I, for one, can't wait to read the rest of the series." ~ Nerd Girl Official

"I have LOVED reading the various PNR books by Lisa Carlisle."

"Mike could really compete with the guys from "Big Bang Theory" but by night, he is a Rock Star God."

"There's a pretty good twist or two in Blaze, but you'll have to read it to find it out!" ~ A NIGHT OWL REVIEWS TOP PICK!