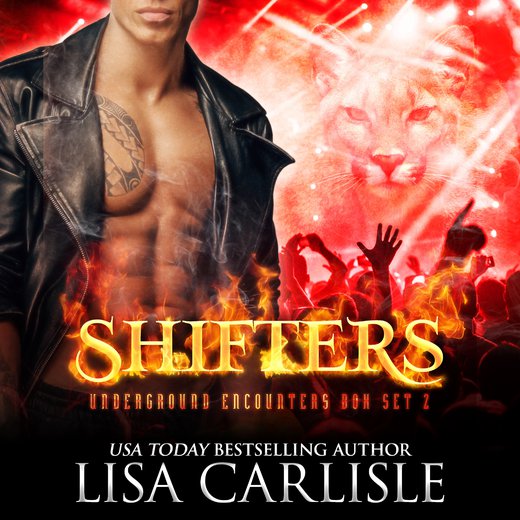 "This is a MUST read for anyone who likes shifters, vampires, and forbidden romance." ~ Nerd Girl Official's review of BURN

Escape into a hot underground club, where the statues are so much more than stone.

And a forbidden attraction that can't be ignored...

He's a computer geek by day, and rock star by night. How could she resist such a combination?

She can't. But no one would understand her furry little secret. It could be dangerous. Especially during the full moon.

"The chemistry between Lily and Nico is off the charts. The sex is hot and steamy. They are a great match together in and out of the bedroom."~ A Night Owl Reviews Top Pick!

A vampire on the run.

A shapeshifting bounty hunter hired to capture her.

Who will outsmart whom?

Devon, bounty hunter extraordinaire, is in hot pursuit of a thieving vampire. Vampires, he hated them. Shapeshifters and vampires didn't mix.

But Devon wasn't counting on spitfire Layla being his target.

If you like paranormal romance and 80s rock, don't miss BURN!

"When you sit down to read about Devon and Layla, clear your schedule because you are going to want read this one from start to finish." ~ a TOP PICK from The Romance Reviews!