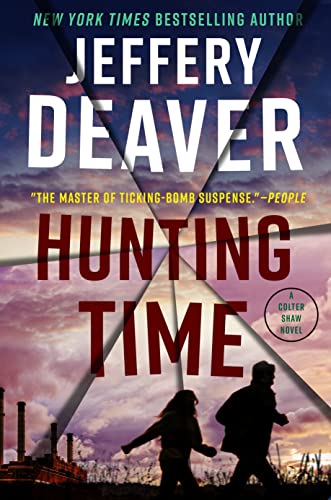 The New York Times Bestselling master of suspense is back with a riveting thriller, as reward seeker Colter Shaw plunges into the woods and races the clock in a case where nothing is quite what it seems.

*Special Collector’s Edition with foiled design on the cover board, exclusive to the first print run – pre-order now*

THERE ARE TWO FUNDAMENTAL RULES OF SURVIVAL.
#1: NEVER BE WITHOUT A MEANS OF ESCAPE.
Allison Parker is on the run with her teenage daughter, Hannah, and Colter Shaw has been hired by her eccentric boss, entrepreneur Marty Harmon, to find and protect her. Though he’s an expert at tracking missing persons—even those who don’t wish to be found—Shaw has met his match in Allison, who brings all her skills as a brilliant engineer designing revolutionary technology to the game of evading detection.
#2: NEVER BE WITHOUT ACCESS TO A WEAPON.
The reason for Allison’s panicked flight is soon apparent. She’s being stalked by her ex-husband, Jon Merritt. Newly released from prison and fueled by blinding rage, Jon is a man whose former profession as a police detective makes him uniquely suited for the hunt. And he’s not alone. Two hitmen are also hot on her heels—an eerie pair of thugs who take delight not only in murder but in the sport of devising clever ways to make bodies disappear forever. Even if Shaw manages to catch up with Allison and her daughter, his troubles will just be beginning.
SHAW IS ABOUT TO DISCOVER RULE #3:
NEVER BELIEVE ANYTHING.
As Shaw ventures further into the wilderness, the truth becomes as hard to decipher as the forest’s unmarked trails…and peril awaits at every turn. 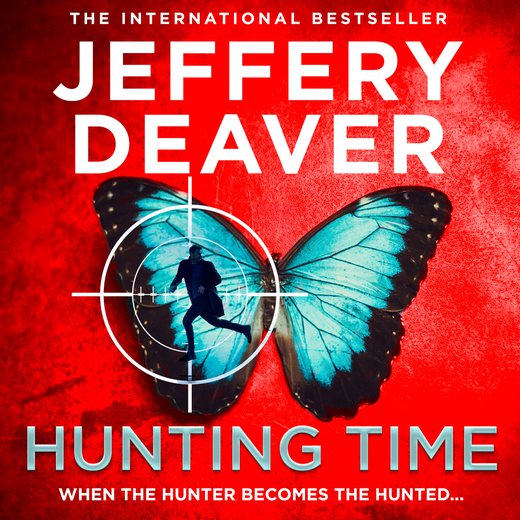 The trap was simplicity itself.

And as usual with simple, it worked perfectly.

In the long-abandoned fourth-floor workshop of Welbourne & Sons Fabricators, Colter Shaw moved silently through dusty wooden racks stacked with rusty tanks and drums. Twenty feet ahead, the shelves ended and beyond was a large open area, filled with ancient mahogany worktables, scuffed and stained and gone largely to rot and mold.

Here stood three men, wearing somber business suits, engaged in conversation, offering the animated gestures and the untroubled voices of those who have no idea they’re being watched.

Shaw paused and, out of sight behind a row of shelves, withdrew a video camera. It was similar to any you’d pick up on Amazon or at Best Buy, except for one difference: there was no lens in front. Instead the glass eye was a tiny thing mounted on an eighteen-inch flexible stalk. This he bent at a ninety-degree angle and aimed around the side of the storage shelves before hitting record.

After a few minutes, when the men’s backs were to him, he stepped out of his hiding place and moved closer, slipping behind the last row of shelves.

Which was when the trap sprung.

His shoe caught the trip wire, which in turn pulled a pin from the supporting leg of the shelf nearest to him, releasing an avalanche of tanks and cans and drums. He rolled forward onto the floor, avoiding the bigger ones, but several slammed onto his shoulders.

The three men spun about. Two were of Middle Eastern appearance—Saudi, Shaw knew. The other was Anglo, as pale as the others were dark. The taller of the Saudis—who went by Rass—held a gun, which he’d drawn quickly when Shaw made his ungainly appearance. They joined the intruder, who was rising from the grainy floor, and studied their catch: an athletic blond man in his thirties, wearing blue jeans, a black T and a leather jacket. Shaw’s right hand was gripping his left shoulder. He winced as his fingers kneaded the joint.

Rass picked up the spy camera, looked it over and shut it off. He pocketed the device and Shaw said goodbye to twelve hundred dollars. This was not a priority at the moment.

Ahmad, the other Saudi, sighed. “Well.”

The third man, whose name was Paul LeClaire, looked momentarily horrified and then settled into miserable.

Shaw’s blue eyes glanced at the collapsed shelf with disgust and he stepped away from the drums, some of which were leaking sour-smelling chemicals.

“Wait!” LeClaire frowned. “I know him! He’s working for Mr. Harmon. He’s in human resources. I mean, that’s what he said. But he was undercover! Shit!” His voice cracked.

Shaw wondered if he was going to cry.

Ahmad walked to a window and looked out, scanned the alley. “Anyone else?” Directed at Shaw.

The man then stepped to the front of the workshop, his body language suggesting taut muscles beneath the fine gray suit. He slowly opened the door, looked out, then closed it. He returned to the others. “You,” he said to LeClaire. “Check him. Weapons. And whatever’s in his pockets.”

Ahmad: “We weren’t followed. You were careless.”

Ahmad lifted a palm: We’re not paying you to whine.

LeClaire, more dismal by the moment, walked forward. He patted down Shaw cautiously. He was doing a sloppy job and if Shaw had been carrying, which he was not, he would have missed the semiauto Shaw often wore on his hip.

But his uneasy fingers managed to locate and retrieve the contents of Shaw’s pockets. He stepped away, clutching the cell phone, cash, a folding knife, a wallet. Deposited them on a dust-covered table.

Shaw continued to knead his shoulder, and Rass tilted his head toward him, silently warning him to be cautious in his movements. Rass’s finger was outside the trigger guard of the pistol. In this, he knew what he was doing. On the other hand, the gun, with its mirrored sheen of chrome plating, was showy. Not the sort a true pro would carry.

Never draw attention to your weapon . . .

LeClaire was looking toward an open attaché case. Inside was a gray metal box measuring fourteen inches by ten by two. From it sprouted a half-dozen wires, each a different color. To Shaw he said, “He knows? About me? Mr. Harmon knows?”

Colter Shaw rarely responded to questions whose answers were as obvious as the sky.

And sometimes you didn’t answer just to keep the inquirer on edge. The businessman rubbed thumb and index finger together. Both hands. Curiously simultaneous. The misery factor expanded considerably.

Ahmad looked at the phone. “Passcode.”

One wouldn’t be much of a survivalist to get killed over a PIN. Shaw recited the digits.

Ahmad scrolled. “Just says he’s coming to the factory to check out a lead. It’s sent to a local area code. Others to the same number. He has our names.” A look to LeClaire. “All of ours.”

“He’s been onto you for a while, Paul.” Ahmad scrolled some more, then tossed the phone to a desk. “No immediate risk. The plans still hold. But let’s get this over with.” He removed a thick envelope from his pocket and handed it to LeClaire, who, not bothering to count his pieces of silver, stuffed it away.

“And him?” LeClaire’s strident voice asked.

Ahmad thought for a moment, then gestured Shaw back, against a wall.

Shaw walked to where the man indicated and continued to massage his shoulder. Pain radiated downward, as if pulled by gravity.

Ahmad picked up the wallet and riffled through the contents, then put the billfold in his pocket. “All right. I know who you are, how to find you. But I don’t think that troubles you so much.” He scanned Shaw, face to feet. “You can take care of yourself. But I also have the names of everyone on your in-case-of-emergency list. What you’re going to do is tell Harmon you tracked the thief here but by the time you managed to get into the factory we were gone.”

LeClaire said, “But he knows it’s me!”

Ahmad and Rass seemed as tired of the whimpering as Shaw was.

“Are we clear on everything?”

“Couldn’t be clearer.” Shaw turned to Paul LeClaire. “But I have to ask: Aren’t you feeling the least bit guilty? There areabout two million people around the world whose lives you just ruined.”

He really couldn’t think up any better retort?

Silence filled the room . . . No, near silence, moderated by white noise, unsettling, like the hum of coursing blood in your skull.

Shaw looked over the configuration of where each man stood and he realized that examining the wallet and the in-case-of-emergency threat were tricks—to get him to move to a certain spot in the room, away from the drums that had tumbled to the floor when the trap sprung. Ahmad had no intention of letting him go. He simply didn’t want to take the risk of his partner shooting toward canisters that might contain flammable chemicals.

Why not kill him and buy time? The Saudis would be out of the country long before Shaw’s body was discovered. And as for LeClaire, he’d done his part, and they couldn’t care less what happened to him. He might even be a good fall guy for the murder.

Ahmad’s dark eyes turned toward Rass and his shiny pistol.