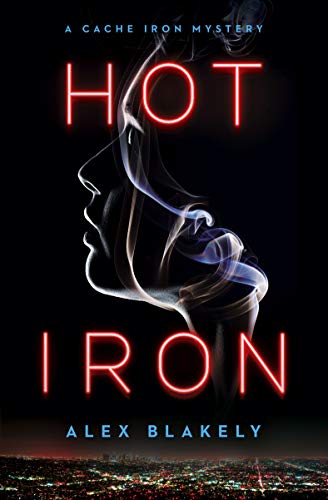 A serial killer in the City of Angels. A headstrong woman just trying to relax. If she can't move Heaven, she'll raise hell.

Los Angeles. The only female rancher in four tough generations, Cache Iron was born fighting for a place at the table. So when a friend invites her to help chase down a rapist on the lam, it isn't long before the Montana farmgirl has the villain hogtied and headed back to Tinseltown. But her reward celebrating at an exclusive art gallery comes to a breathless end when she discovers a strangled, lifeless body.

With the murder attributed to the elusive Pin-up Killer and everyone around her a suspect, Cache shudders at the thought of spending another night alone. But with more people reported missing and a woman's screams piercing the darkness, Cache fears she may be the next victim tagged by the perp's deadly calling card.

Can the daring woman hunt down the murderer before she ends up in the morgue?

Hot Iron is the pulse-pounding first book in the Cache Iron mystery series. If you like powerful women, tense investigations, and shocking twists, then you'll love Alex Blakely's electric manhunt.