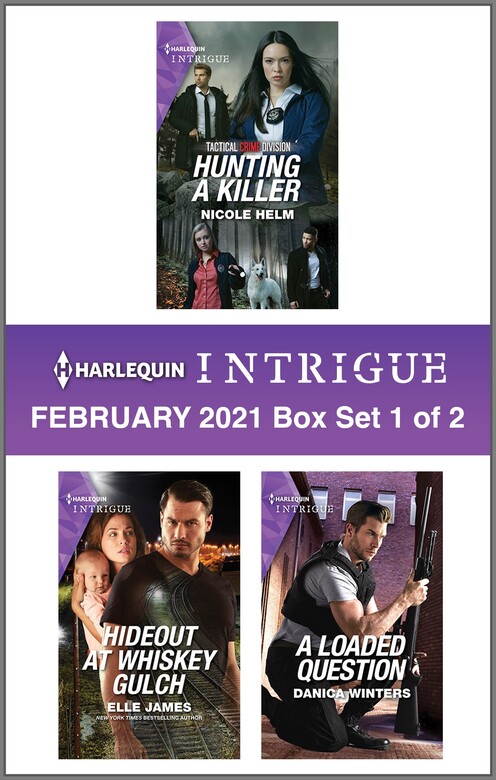 Harlequin Intrigue brings you three new titles at a great value, available now! Enjoy these suspenseful reads packed with edge-of-your-seat intrigue and fearless romance. HUNTING A KILLER Tactical Crime Division: Traverse City by Nicole Helm When K-9 handler Serena Lopez discovers her half brother’s a fugitive from justice, she must find him—and his dangerous crew. It’s a good thing her partner is lead agent Axel Morrow. But as cunning as the duo may be, it’s a race against time to catch the criminals before they kill again. HIDEOUT AT WHISKEY GULCH The Outriders Seekers by Elle James After saving a woman and baby from would-be kidnappers, ex-marine Matt Hennessey must help Aubrey Blanchard search for the baby’s abducted sister. Can they bring down a human trafficking cartel in the process? A LOADED QUESTION STEALTH: Shadow Team by Danica Winters When a sniper shoots at STEALTH contractor Troy Spade, he knows he must cooperate with the FBI. As Troy and Agent Kate Scot get closer to the truth, secrets from Kate’s family will be revealed. How are they involved…and what are they willing to do to keep themselves safe? Look for Harlequin Intrigue’s February 2021 Box Set 2 of 2, filled with even more edge-of-your seat romantic suspense! Look for 6 compelling new stories every month from Harlequin® Intrigue!