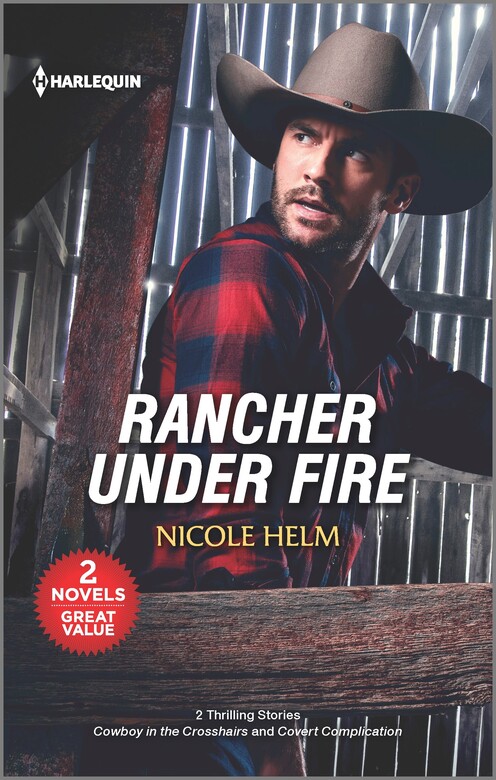 Courage in the face of danger

Cowboy in the Crosshairs

After attempting to expose corruption in the highest ranks of the military and being unceremoniously discharged, former navy SEAL Nate Averly becomes an assassin’s next target. When Nate flees to his brother’s Montana ranch, North Star agent and tech expert Elsie Rogers must protect him and uncover the threat before more lives are lost. But they’re up against a cunning adversary—and a cover-up that’s bigger and deadlier than they ever imagined…

Nina Oaks tried to forget Agent Cody Wyatt, but her old feelings come flooding back the moment she sees his face again. Now she’s in danger—and so is Cody’s daughter. He’ll do anything to protect them both, even if that means confronting the most dangerous men in the Badlands.

2 Thrilling Stories Cowboy in the Crosshairs and Covert Complication