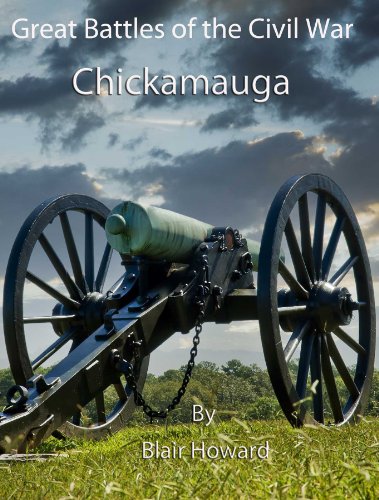 The Battle of Chickamauga in northwest Georgia took place over two days, the 19th and 20th of September, 1863. It was the climax of the Union's first invasion of Confederate territory. It is claimed by many to have been the bloodiest of the Civil War battles; it was certainly the two bloodiest days of the Civil War. The Battle of Chickamauga was a victory for the Confederacy, but a costly one. General Braxton Bragg and his Confederate Army of Tennessee sustained more than 18,000 casualties. On the Union side, General William Rosecrans lost more than 16,000 men. The combined casualties on both sides totaled more than 34,000.

This interpretation of the Battle of Chickamauga is entirely my own. I have visited the battlefield more times than I can remember. For my research, I leaned heavily on the work by Glen Tucker: Chickamauga – Bloody Battle in the West.

Yes, I have taken a liberty or two - my imagination is a little tough to control sometimes – but I tried as best I could to be faithful to the facts and to the history. As always, though, the interpretation of any great battle, and this one in particular, is subjective and can be controversial. And certainly, controversy has been raging about this one for more than 140 years, as it has for many other battles, both ancient and modern; it's the way of things.