Get Ready for a Paranormal Post-Apocalyptic Adventure Unlike Any Other.

In this ground-breaking prequel to the series “Blood Brute”, Dixon Reuel takes you on an exciting journey, filled with horror scenes, excitements and long-lasting thrills.

Those are the early days of World War I, and there's chaos everywhere.

Rise and Cypriot are looking for a new shelter, after they had to abandon their safe home in England.

Finding a new home is a hard challenge for an underground vampire - but someone out there is willing to sell his house to a specific type of buyer...

On their way to their new suggested house, an interesting guest joins them. But once they arrive, their simple journey gets filled with shocking kills, tasty blood, gun shots, and much, much more -

Get ready to dive into a shocking story, full of action, horror, and ground-breaking plot that will leave your mouth open all throughout the read!

‘Finding Home' is a must read for Blood Brute fans - and an amazing read for any post-apocalyptic fiction lovers - guaranteed.

Get your copy now and find out why!

Because it was daytime, Rise wore his straw boater hat inside the hired car. A light scarf was wrapped around his nose and throat, tucked into his shirt collar, so that no skin showed. His hands were gloved in white, despite the August sunshine. Hedgerows and narrow roads blurred past the rolled-down windows as Rise navigated the unfamiliar countryside. Every now and then, he grimaced at a jolt from a pothole. After every jolt, Rise checked both the small pistol at his hip and the money pouch attached alongside.

“Every day the headlines just get worse,” Cypriot said with a sigh, from the passenger seat. He sat with his short, slender legs draped over Rise’s lap, apparently uncaring about wrinkling their linen suits.

“Cypriot, please. Keep your attention on the map. I’ve no idea where the village is,” Rise muttered as he struggled with the car’s unwieldy steering. Those bare, tanned feet lounging against the driver’s door didn’t help his focus, either.

“They say that the war will be over by Christmas,” Cypriot responded, sighing again as he came back to his job as navigator and tossed the newspaper to the back seat. With a click of his tongue, Cypriot removed his legs from Rise’s lap and sat up properly to read their crinkled map.

“Fat chance of that.” Rise guessed the next turn. He nodded in relief as the road widened and took them towards civilization.

“Oh?” Cypriot peeped over the top of the map. “The war will drag on? You know for certain?”

“More like I wish I knew when this whole mess would end, so we could go back to living on the continent. Finding a new home for us all would be easier over there. So, I wish I knew, Cypriot.” Rise kept his gaze on the road. His hat’s wide brim did little to temper the sun stinging his eyes. He gripped the steering wheel during a particularly hard turn. “I wish that Ogrim had never drunk so much from that vicar. We could’ve at least stayed on longer in that last village, found a house around those parts. Not have to scrabble about and have half of this coven hiding in the city while we two find a new home. I’ve as much clue about how long the war will last, Cypriot, as I do about where Dunsinann is.”

Huge trees reached up from the hedgerows and cast their shadows upon the road, their brief, dappled shade a relief to his eyes. When Cypriot didn’t answer, Rise glanced over. Seeing a worry line between those dark, manicured eyebrows, Rise added, making sure his voice sounded less world-weary, “I’ll ask any soothsayers we find, hmm?” When that won him a small smile, Rise tapped the map. “The house we’re looking for is supposed to be just outside the village. Up a hill somewhere.”

“We’re heading right for Dunsinnan. I think,” Cypriot insisted. He held the ad torn from that morning’s newspaper alongside the map. The coven never used modern place names. They’d get nothing at all done if they started paying attention to such things, Ogrim always said.

“Holly Hill is supposed to be quite a large house, at least,” Cypriot went on. “High walls with sheds, outhouses. Well back from the village.”

“Good,” Rise grunted as he kept his eyes on the road, his breath hot and suffocating against the scarf over his mouth. It felt like at any moment they would turn a corner and find themselves driving right through a quaint village. Blink and you’d miss it.

“Wait.” Cypriot read the advertisement again. “The house isn’t even vacant? How can we buy a house if it’s already occupied? The owners will hardly leave the moment we arrive, Rise.”

“Ogrim said everything would work out,” Rise explained, and although he felt a little stupid voicing the fact that they were on this search because of Ogrim’s tarot cards, Rise had no choice but to trust the coven’s eldest member. “Ogrim said that, while we were apart from himself and Salter, looking for a new place to live, an ad for the perfect home would appear in the local newspaper. Ogrim had seen it in his cards. We are to look for someone carrying the mark of a chariot.”

“We’re driving to this Holly Hill place because of Ogrim and his crazy fortune-telling?” Cypriot, horrified, flapped the newspaper clipping at Rise.

Rise concentrated on keeping their car out of ditches. It was a little too early on this bright summer’s day for Cypriot’s backtalk. The morning already felt long enough, what with navigating the backroads winding from their B&B since well before sunrise.

“‘Mark of the chariot’? What does that even mean, Rise?”

Rise hadn’t a notion. “We’ll know when we see it. That’s what Ogrim said.”

“If you ask me, and I note that no one has, we put far too much stock in Ogrim and his grubby old tarot cards. Mark of the chariot, indeed.”

Rise ignored Cypriot’s glare from beneath a dark fringe. Cypriot’s hair was cropped short and had been pomaded-glossy as per current fashion, ever since the coven had moved here from Italy. The new style didn’t suit him. Rise always told Cypriot that it did.

Rise turned a corner which should have brought them into the heart of a little town, but the road was closed off, lined thick with onlookers, as if for a parade. Drums approached and the meter of marching boots.

“What’s all this, then?” Rise eased their car to the shoulder of the road and tightened the scarf around his face. He motioned for Cypriot to sit up straighter and not look too suspicious. Thanks to his Singaporean mother and Scottish father, Cypriot drew attention just sitting still.

“Put on your shoes,” Rise directed, before leaning out the window and whistling to the crowd.

“I say,” Rise put on his best British accent and addressed the line of people with their backs to the car. Cypriot grumbled under his breath about wearing shoes in summer, but Rise pressed on. “What’s going on here?”

A few heads turned, but nobody bothered with them.

Glancing at each other, Rise and Cypriot carefully left the car.

“I wonder what the parade’s for?” Cypriot set a hand to Rise’s shoulder and stood on his tiptoes to see over the deep line of people in front of them. Colorful banners bobbed above onlooker’s heads. Well-wishers waved and cheered.

“They’re called the Pals Battalions,” Rise muttered to Cypriot. “Young enlistees from the same neighborhood all head off to the front together, as a group. You should read a whole newspaper once in a while, not just the headlines.” Rise’s body trembled, chest constricting now that he stood outside in full summer daylight. He glanced back at their car, yearning for its shade. If Rise exposed himself to the sun too long, his Blaschko lines would rise to prominence across his skin. He was fine so long as he remained shaded and did not grow too hot. Rise squished his boater hat down harder.

“Not interested in reading, unless it’s a gardening book,” Cypriot answered smartly. Then, after studying the smiling faces that marched past, he asked in a small voice, “They’re off to the front? Some of them are no older than me. Well, they look no older than me.” He shivered and pressed closer into the crowd to see.

“They’re off to Preston’s railway station, down that way.” Rise kept their map with him. He lifted it to shade his face. Rise expected the men to be in uniform, but instead the enlisted soldiers tramping down the road wore blazers and hats similar to his and Cypriot’s. As if everybody were off on a jolly summer picnic. 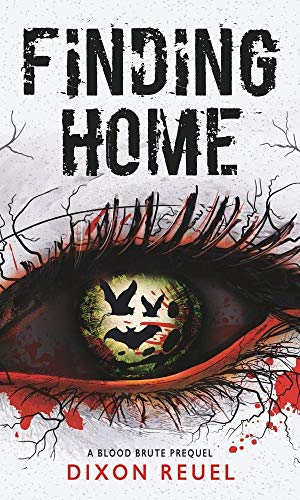