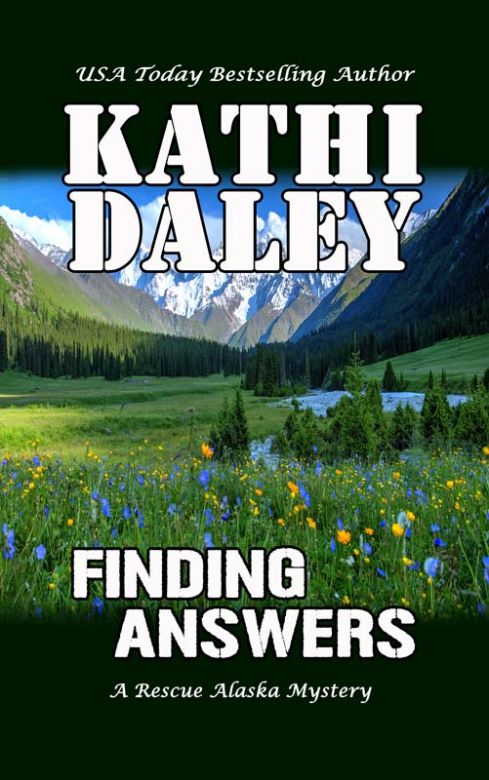 He watched the boy skipping rocks across the clear, still, water. From the cover of dense forest he listened to the childish squeals of delight as the flat hard surface of the stone met the firm unyielding force of the lake. Each hop resulted in an ever widening web of rings, each ring, larger, yet less intense than that which came before. Life, he mused, was like those rings. The further you traveled from the point of origin, the wider your reach, but the less intense the effect. He’d spent a lifetime struggling to make his mark in the larger rings, but now, he’d decided, was time to avenge the iniquities of his past, and claim the inner ring as his own.

Rescue Alaska is the eighth series by USA Today Bestselling Author Kathi Daley. It is a fast moving mystery series with a paranormal twist.

Rescue Alaska is a small town in northern Alaska where visitors come to hike and ski. Harmony Carson is a lifelong resident who volunteers as a member of the local search and rescue team. Harmony has a unique gift which she often considers a curse. She is able to 'see' the individuals she is meant to help rescue, and more often than not she can feel their fear and their pain as well. When she isn't aiding in a rescue, Harmony works at Neverland - the bar owned by her brother in law Jake, and volunteers at the local animal shelter. Harmony lives in a rustic cabin with six dogs, four cats, six kittens, eight rabbits, and a blind mule named Homer.

In the second book in the series, Jake and Harmony are in the process of training a new search and rescue dog when they get a call that a four year old boy has gone missing from the cabin his family rented while on vacation. They join the search and rescue team, along with the local police, in the hope of finding the child before it is too late. Along the way they discover the freshly dumped body of an important member of the community. The police are stumped as to why this popular town resident would have been murdered, until a second community member goes missing and a disturbing pattern begins to emerge.