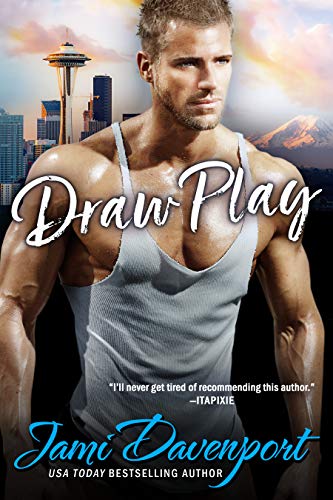 All you'll ever be is a pretty face.

Star running back Bruce “Bruiser” Mackey has heard those words his entire life, especially after his twin brother's tragic accident. He might use his surfer-boy good looks to land lucrative endorsements for his secret charity, but he hates books being judged by their covers. Which is why it's wrong that his friend Mackenzie Hernandez is intent on giving herself a makeover.

Sure, Mac and her father have been reeling financially since her brother disappeared three years ago, and Steelheads management gives an annual scholarship that might get her life back on track, but he can't imagine anyone smarter, sexier, or more beautiful than Mac already is. He can't keep his hands off her—and the more they spend time together, the less he wants to. She's perfect as is.

One way or another, he'll make sure the team's tomboy groundskeeper gets a full ride. And between the two of them, they can learn to accept what's behind them and look downfield to a future full of win.

Previously published as Backfield in Motion in 2013. This version has been updated, rewritten, and re-edited.