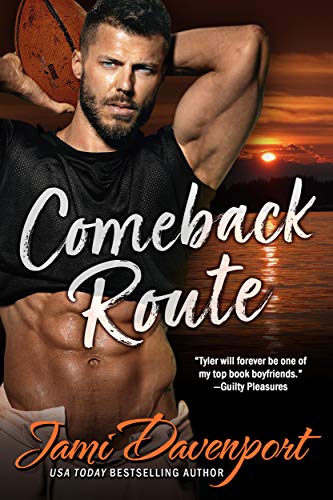 It's time for bad-boy quarterback Tyler Harris to put up or shut up--and to win the ring he's been avoiding his whole life.

Two years without a ring on your finger is enough to drive any girl crazy, especially Lavender Gerloch. She loves her bad-boy quarterback, but he only prizes one type of ring--a championship ring. So it's time to say goodbye.

Tyler hasn't been hit so hard in years. Why would anyone want to ruin a perfectly good relationship by making it official? But Lavender's flight seems to suggest just that, and even worse, his friends' wives have huddled with her to run a game-winning play. The biggest showdown of his life is coming, and there'll be no refs calling unnecessary roughness.

He's down, and the clock is ticking. It's time for a comeback route, but is Tyler up to the task?

Previously published as Roughing the Passer in 2014. This version has been updated, rewritten, and re-edited.