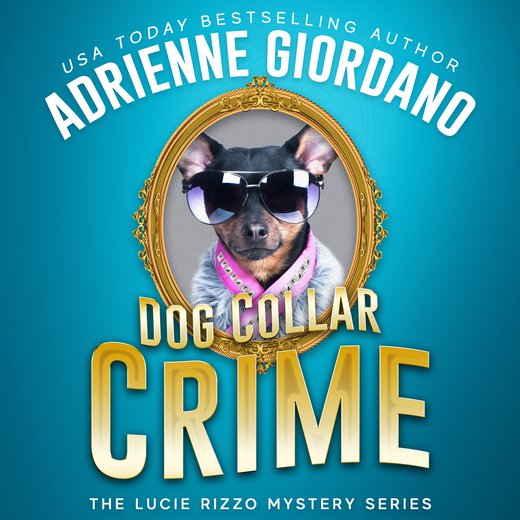 "This mystery will sink its fangs into your funny bone and drag you along by a leash of laughter." -- Denise Swanson, New York Times Bestselling Author

Out of work and down on her luck, Lucie Rizzo is forced to do the one thing she's long avoided—come home to her nutty, mob-infested family. This move brings her back into the tempting arms of Frankie Falcone, the smoldering Italian ex who's no stranger to living with the mob.

When Lucie parlays her temporary dog-walking gig into a legit career, Frankie becomes her number one supporter. Suddenly, shaking her mob princess reputation doesn't seem so crazy…until three of her clients are dognapped.

Lucie is thrown into a criminal conspiracy straight out of a gangster movie. If she isn't careful, she could end up...

...sleeping with the fishes.

Dog Collar Crime is book one in the Lucie Rizzo Mystery series. For more Lucie Rizzo fun, check out all the titles in this high-spirited, hilarious series - read 'em all!