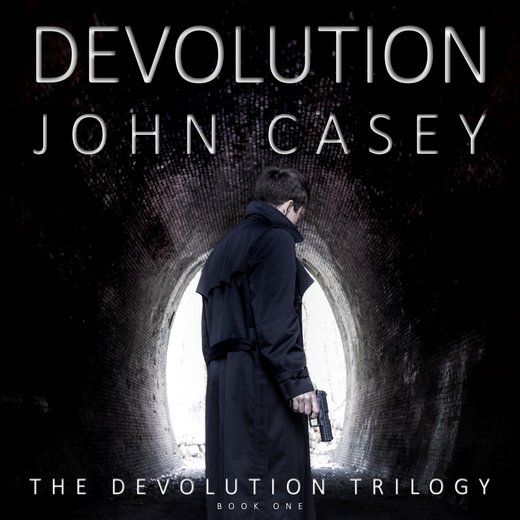 Michael Dolan is a stoic perfectionist and former combat pilot with a dark and labyrinthine psyche and troubled past. While working a staff job in Washington, D.C. he is approached by the CIA with an improbable request—to help them forestall impending terror attacks in Europe. He agrees and is sent undercover to Paris, France where he takes to the task of infiltrating a terrorist cell by rekindling an old friendship. As his deep-cover role in Operation EXCISE plays out, however, Dolan's past begins to catch up with him. With no one to trust and the enemy closing in, he must choose whether to follow orders in the face of failure or go it alone.

Fans of Robert Ludlum’s The Bourne Identity will appreciate the internecine struggle and cryptic complexity of the protagonist, as will readers of Tom Clancy’s Patriot Games, who appreciate a page-turner about an unlikely spy thrust into adversity, only to emerge the strongest and most capable of them all.

DEVOLUTION is book 1 in The Devolution Trilogy, a psychological spy thriller series. EVOLUTION and REVELATION are books 2 and 3.

“Casey has accomplished the nearly impossible...Michael Dolan is one of the deepest characters I’ve seen in this type of fiction. As someone who knows more than a little bit about the clandestine world, the book is a crisp, hard-hitting and realistic yarn that will leave you wanting more.” —U.S. AMBASSADOR LUIS MORENO assisted in the pursuit of Pablo Escobar and led implementation of Plan Colombia

“Casey’s frank and realistic interplay among the principals draws you into a complicated plot about believable challenges, both in the field and inside the walls of counterintelligence operations. His craftsmanship is evident as the plot progresses until the tension becomes too fervent to put aside.” —JAMES WHITE, author of Borders in Paradise