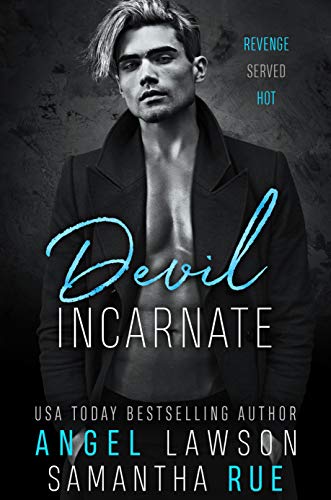 Hell Hath No Fury...
The mark that Heston Wilcox made on Preston Prep was more like a wound that took ages to heal.
He's a bully. A manipulator. A sociopath.
And he's finally been stopped by the group of Preston girls who turned him in.
Or at least that's what Georgia Haynes thought happened to the boy—now a man—who ruined her life. But evil that deep has a way of lingering, and apparently Heston is no different.
Just when she thought it was safe, her worst nightmare is back, and he wants revenge.
The problem for Heston is that she does, too.
Who will get it first?
Hell Hath No Fury Like a Devil Scorned.

Don't miss out on the other three books in this series!

Devil May Care (Enemies to Lovers)

A Deal With The Devil (Brother's Best Friend)

Touched by the Devil (Enemies to Lovers)