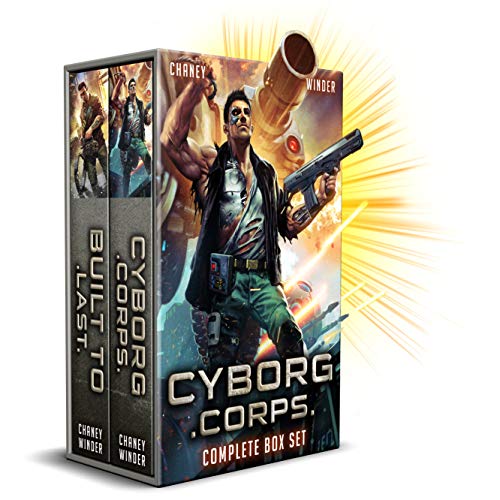 Warren Prescott is a veteran amputee who can't catch a break.

When the VA calls him in for an experimental procedure to restore his leg, Warren is amazed. Finally. he will be able to feel the warm sand beneath his feet again, or so the doctor promises.

Lying on a table, Warren is told by the doctor that everything is going to be okay. He's going to have a brand new leg...and a much better life.

Too bad it was all a lie.

The next time Warren opens his eyes, four centuries have passed. Somehow, he's standing in the middle of a battlefield, stuck on a distant alien planet, far away from home.

To make matters worse, his body appears to be entirely synthetic. He's a cyborg, nearly indestructible and enhanced for extreme combat.

Now, with centuries of time missing from his memory and no idea how to get home, Warren is left with no choice but to fight against those who would see him enslaved... and free as many of his brothers as possible along the way.