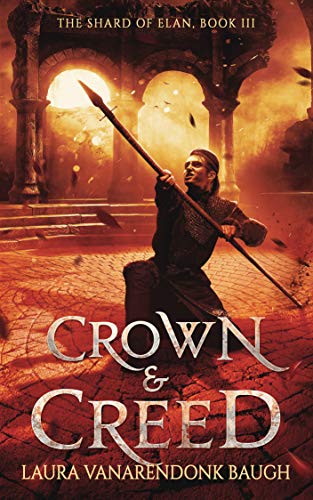 The prince-heir's life hangs by a thread, and the last person to see him conscious was the king's bastard, Shianan Becknam. As rumor grows of Commander Becknam's possible fratricide, Shianan pushes away Black Mage Ariana Hazelrig, lest her rise be destroyed by connection to him.

Ariana has returned from her abduction to the Ryuven world, bringing an herb which could fight the plague reported through the countryside. Her efforts have resulted in unprecedented negotiations toward peace. But if the prince-heir dies, the tentative truce will fall into blood feud, and Ariana's new renown cannot help her to save Shianan.

Luca, enslaved once more, is summoned before the queen to answer for Shianan's crimes. Abandoned by his family, his hope of salvation dims with each passing day.

Tamaryl, again styled a traitor, is bound in a magic-sapping prison. He has given everything toward ending this war—and he will soon learn what price he must pay for it.

The epic fantasy continues in the beloved Shard of Elan series!