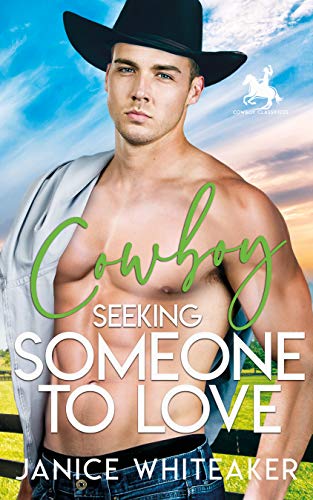 Cowboy Seeking Someone to Love

Brett Pace is the only one of his brothers without someone at his side.
Figures, since he's the one who wanted it most.
Unfortunately, there's only one woman he can see filling that empty spot.
Camille Shepard.
But she's been to hell and back. Suffered in a way no woman should.
Making her his will take patience. Understanding.
Commitment.
Because he doesn't just have to prove he can be a good man for her.
He has to prove he's got what it takes to be a good father for her little boy.
****
For the first time in her life Camille Shepard gets to make decisions for herself.
And it's scary as hell.
She's been burned by bad decisions before, and now it's not just her that would suffer. She's got a little boy to think about.
A little boy who has taken a shining to a certain cowboy.
A cowboy who also seems to have an interest in her.
But Brett is too young. Too handsome.
Too terrifying to consider.
Only he doesn't seem to understand that.
Every day he shows up, threatening to make her look at him in a way she's never looked at a man before.
As a protector. A lover.
A safe place.