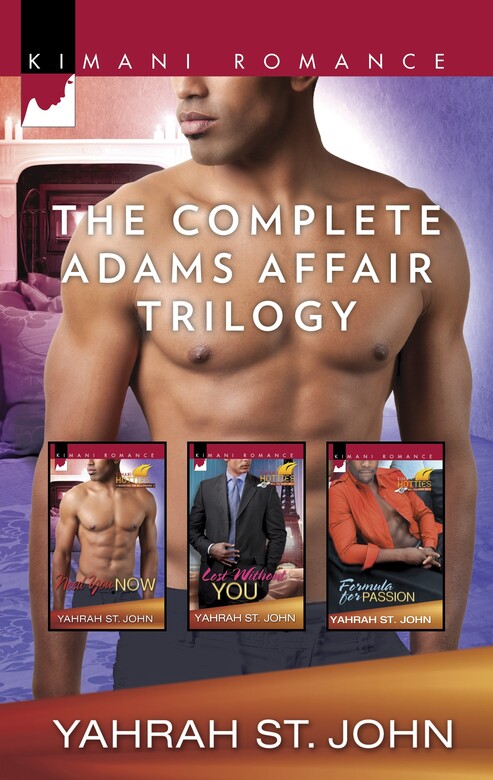 When the heirs of Atlanta’s most famous cosmetics empire mix business and pleasure, passion is the bottom line.

When Kayla Adams wants something, she goes after it. But the take-no-prisoners mogul may have met her match in gorgeous alpha male Ethan Graham. The ruthless billionaire takeover king—and Kayla’s secret girlhood crush—has made it clear he’s going to acquire Kayla’s beleaguered family enterprise… and will do whatever it takes to get it! Until they share their first kiss. Then Ethan comes up with an offer the alluring southern beauty can’t refuse. Marry him and they’ll merge their divided interests in a passionate takeover that will make them partners in everything… maybe even love.

As the creative genius behind Georgia’s most fabled cosmetics dynasty, Shane Adams has a legacy to live up to. The freewheeling Atlanta bachelor also knows how to romance a woman, wining and dining the city’s most eligible beauties. Only workaholic parfumier Gabrielle Burton seems immune to his legendary charms. Which makes Shane vow to seduce his stunning rival, whose sweet desire is like a lingering perfume…

Courtney Adams lives a life of privilege and glamour. But being the beautiful public face of her family’s legendary cosmetics empire leaves no time for pleasure. Until her latest commercial shoot takes her to the Dominican Republic, where she meets sexy, soul-stirring stranger Jasper Jackson. Alone together in their exotic idyll, they can’t get enough of each other. But what happens when Courtney discovers that her island lover is really one of Atlanta’s most powerful developers—and the son of her family’s longstanding enemy?