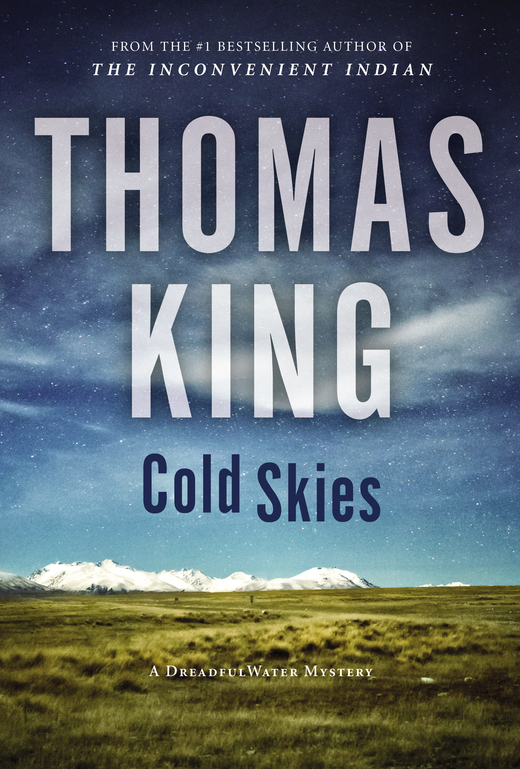 Thumps DreadfulWater has finally found some peace and quiet. His past as a California cop now far behind him, he’s living out his retirement as a fine-arts photographer in the small town of Chinook. His health isn’t great, and he could use a new stove, but as long as he’s got his cat and a halfway decent plate of eggs, life is good.

All that changes when a body turns up on the eve of a major water conference and the understaffed sheriff’s department turns to Thumps for help. Thumps wants none of it, but even he is intrigued when he learns the deceased was developing a new technology that could revolutionize water and oil drilling . . . and that could also lose some very powerful people a lot of money. As strangers begin to pour into Chinook for the conference, Thumps finds himself sinking deeper and deeper into a conflict between secretive players who will kill to get what they want.

In Cold Skies, the sly, wry, reluctant investigator of DreadfulWater and The Red Power Murders returns for another irresistible mystery that only Thomas King could tell.