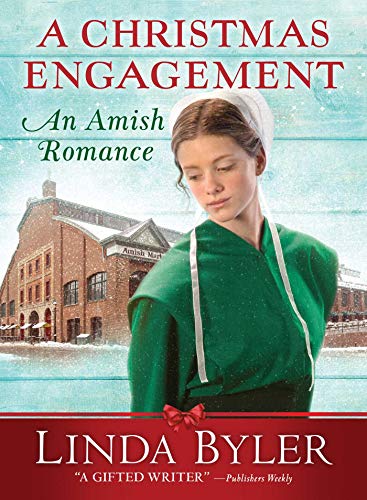 Bestselling Amish novelist Linda Byler spins a sweet tale of heartache, disappointment, and ultimately hopes fulfilled at Christmastime. Liz had been in love once, had even been engaged. In fact, the wedding had been planned, the barn cleaned, and the celery was set to be harvested to make the traditional wedding soup. Just two weeks before the day she was to exchange vows with her beloved, he changed his mind, and that was that. The humiliation was almost as bad as the heartbreak. The whole community had celebrated her engagement, had participated in the wedding planning, had started giving her advice on keeping a home and raising children. When the wedding was canceled, no one knew what to say. She had to bear the pitying looks and awkward glances for many months. She vowed never to be such a fool again, never to trust her heart to a man who could just up and leave her with hardly an explanation. She'd rather be an old maid than go through that again. Years pass, and Liz has made peace with her life as a single woman, a "leftover blessing" as the Amish say. She can admit to herself that Matthew, the owner of the Amish restaurant at the market where she works, is handsome. And she is aware that he is single. But she reminds herself over and over that it's not worth feeling anything for the man. He's her boss and that's it. So why does she look forward to work so much every day? And why can't she make her heart beat at a normal pace when he comes near? Linda Byler is beloved for her skillful story telling and true-to-life descriptions of Amish food, faith, and culture. As an Amish woman herself, she can share details of Amish life that few can replicate. In this charming novel, Byler shares intimate details of day-to-day life in an Amish community while spinning a sweet tale of love and hopes fulfilled at Christmastime.