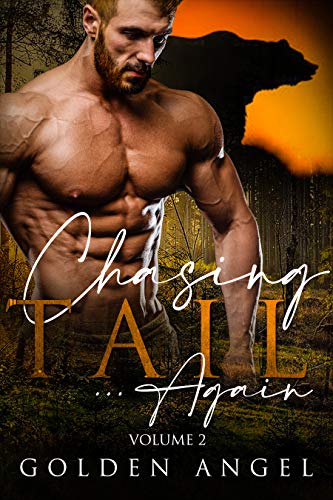 Who doesn't love a little tail? This is the second Chasing Tail box set and it contains three sassy shifter romances guaranteed to satisfy!

Chasing His Polar Bear - Once upon a time, Sheila Slater was engaged and about to get everything she ever wanted. Now she's older, wiser, stronger, sassier, and about to team up with her ex to take down the bad guy. Can she keep her heart intact when happily-ever-after beckons again?

Chasing His Honey Badger - After years of captivity and relentless experiments, Brice Bunson has no fear. That is, until he meets his mate and realizes she may never know they are a match. But with the help of his eager and nosy siblings, Brice is sure he has what it takes both in determination and charm to eventually claim Rana's heart... as long as the evil Company doesn't get to her first.

Chasing Her Lion - The last of her siblings to find a partner, bunny shifter Bailey Bunson has been waiting for her fated mate. But when her dream of predestined love is ripped from her grasp, Bailey fears she'll never know her own happily-ever-after. That is, until she realizes the unassuming lion shifter who's been by her side might not be her fated mate, but is everything she's ever wanted. Will it be too late for Bailey and Kasim?