Meet the men of Manning Grove, three small-town cops and brothers, who meet the women who will change the rest of their lives...

Big city party-girl Amanda Barber has been spoiled most of her life. But life for Amanda suddenly becomes a major challenge: adapting to small-town life, dealing with her special needs brother, and constantly butting heads with a frustrating local cop.

As a police officer and former Marine, "responsibility" is Max Bryson's middle name. Never having been in a serious relationship, he has no plans for one in the near future. He likes being his own man. And even if he were interested in a serious relationship, he certainly wouldn't choose someone so immature and irresponsible as Amanda. But no matter how hard he tries, he can't get sexy Amanda out of his head or his heart. Watching her mature in front of his eyes, his protectiveness towards her only strengthens.

Bossy and possessive aren't the only words Amanda uses to describe this frustrating cop. She can't deny just looking at the man makes her tremble. But she's done with having anyone control her and this man isn't going to be any different. Or is he?

Officer Marc Bryson doesn't believe women should be in law enforcement. Ever. When his older brother, Max, is promoted to the small town's police chief the first thing he does is hire a woman fresh out of the academy. Then makes Marc her Field Training Officer.

Determined to follow in her late father's footsteps, Leah Grant has the moxie to break any glass ceiling that stands in the way from becoming a police officer. Even if that means proving to her coach—who only wants her in his bed and not in the field—she's worthy of being a permanent member of the force.

Working in a man's world, Leah challenges Marc's misconceptions about women in the line of duty. But as they struggle to separate their work life from their undeniable chemistry, things continue to steam up and get a little kinky. These two officers of the law must toe the line after being caught red-handed.

In the end, can Leah prove to Marc that she is good as backup as well as in bed?

As a former Marine, Matt Bryson has dealt with PTSD ever since coming home from the Middle East. He finds himself fortunate to be able to return to his job as a cop at the local police department with his brothers Max and Marc.

Dr. Carly Stephens works hard as an obstetrician at the local hospital, struggling to pay off her medical school loans, financially support her elderly parents, and save money to adopt a baby. Unable to have children, she still longs for one of her very own.

Instantly attracted to the Dictator Doctor, Matt finds Carly easily brings him to his knees both emotionally and physically. What starts out only as a convenient sexual relationship turns into a whole lot more when dealing with their pasts and their future. Especially since Matt doesn't ever want children.

Matt and Carly find themselves on a passionate and emotional journey that can either bring them together or rip them apart. 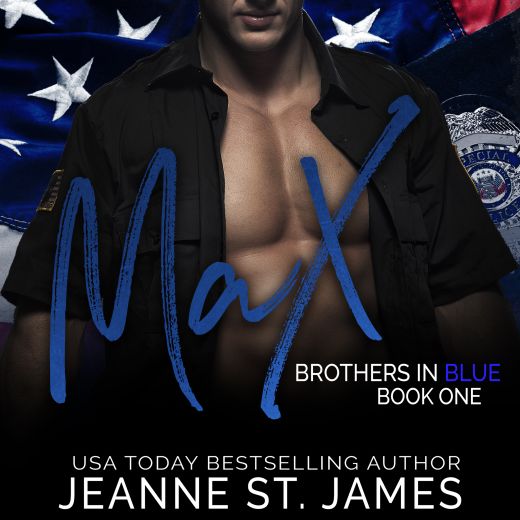 For forty-five minutes the little red rental sat in the parking lot. Amanda Barber remained frozen in the driver’s seat. She stared through the windshield at the brick building in front of her. The car’s engine was off, the keys still hanging in the ignition. It wouldn’t take much for her to reach out, turn them, and go back the way she had come.

She read the sign on the building one more time as if reading it would put off the inevitable. Howell’s Adult Day Care.

It was getting dark; she couldn’t sit there anymore. She had promised her stepmother’s attorney that she would stick around for a couple weeks. Just a couple of weeks. Fourteen days. Half a month.

She had to stop being a wimp.

Okay, no more hesitation. She grabbed the keys and tossed them into her purse. She had to get this over with. She left the car and went into the building before she could change her mind.

As the door closed behind her with a click that sounded deafening to her own ears, Amanda glanced around. A few older people sat knitting, reading, and talking in small groups. A television droned in the background. A very elderly gentleman sat in a wheelchair in front of a large picture window, his head bobbing as he dozed off.

A woman, just a few years older than her, looked up and spotted Amanda. A frown creasing her forehead, the woman straightened from helping the young man who was sitting at a card table. Amanda wasn’t quite sure what the young man needed help doing. It looked as though he’d been drawing. The woman leaned over and said something in his ear before approaching Amanda.

The woman prodded, “Do you need information? Or a tour of our facility?”

The woman squinted in confusion and tilted her head with an unspoken question. As she opened her mouth, Amanda interrupted her. “I’m here for Gregory Barber.”

She must have said it loud enough, as the young man at the table lifted his head from his project and turned toward them. He laughed loudly and brushed away the hair that fell into his eyes with the back of his bent wrist.

An O formed on the woman’s lips. “You must be Amanda.”

Amanda frowned. Of course the woman knew who she was. She bet all of Manning Grove had been waiting for her to show up.

Amanda bit her lip as the young man rose from the table with a crooked smile. Next thing she knew, he was running toward her, his arms flailing in the air. Amanda automatically stepped back. She really wanted to turn and run, but the young man’s arms wrapped around her, squeezing her until she couldn’t breathe.

The woman grabbed his arms, trying to peel him off. “Greg! Greg! Let her go.”

Greg rocked Amanda back and forth, pressing his head into her chest, squeezing her even tighter. She groaned in pain.

“Greg, you’re going to squeeze her to death.”

Greg reluctantly let her go and stepped back, the crooked smile on his face even larger. A bit of spit sprayed out of his mouth as he yelled, “My sister ’Manda!”

“Yes, Greg, your sister is here to pick you up.” Donna turned to Amanda. “As you can guess by now, I’m Donna. I manage this facility.” Concern crossed her face. “You look pale. Do you want to sit down?”

Amanda shook her head. “No.” She took a deep breath, rubbing her ribs, checking for damage. She pulled down her skirt and adjusted the sweater that was askew under her jacket. “No, I’m okay.”

“Are you taking Greg back to his mother’s house?”

“Have you ever dealt with a special needs person before?”

Amanda looked at Greg, who stared back at her with the biggest grin on his face. “No.” Greg couldn’t stand still; he was fidgeting about and mumbling to himself.

Amanda didn’t want to hear that. Oh boy. What did that mean? She knew that she would be in over her head. But “Oh boy?”

Donna looked at Greg. “Yes. He’s very excited to meet his sister, as you can see.” She returned her attention to Amanda and lifted her eyebrows. “This is for the first time, right?”

Amanda nodded. She didn’t know whether to be ashamed or afraid. Shame was quickly clouding her feeling of fear. She had no doubt that Donna knew the answer to that question before she had even asked it. Amanda was sure that the whole town knew the truth.

Donna grabbed her arm, pity in her eyes. “Look. I’ll give you my card. If you have any problems or questions, call me. Greg’s a good kid; he’s easy to work with, easy to please.”

Amanda looked at the person in question. He was no kid. Her half-brother was twenty-two years old. Twenty-two.

“Thanks. I might take you up on that offer.”

Donna smiled for the first time. “I’m sure you will. Here is a brochure on my facility and my card. Greg comes here three days a week. A bus will pick him up before eight a.m. on Mondays, Wednesday, and Fridays, except for holidays. A bus will drop him off after six p.m.”

“Yep. Yep. Yep. I’m ready to go.” Greg hopped on one foot, then the other, in his excitement. “We’s going now!” He ran up to Amanda again and held out his twisted hand.

Amanda reached out and grabbed it. His huge grin was irresistible. She gave him a weak smile back. “Ready, Bud?”

Amanda looked at her brother. He might be only a half-brother, but he was still blood. He was family. Amanda relaxed her stiff muscles a bit and gave his hand a squeeze. “You are, Bud. You are going to be my new best bud.”

“Oh wait, Ms. Barber!” Amanda’s head turned toward Donna as she was being tugged out through the entranceway. “Don’t forget Chaos.”

“What?” She grabbed the doorjamb to keep Greg from dragging her out the door and bouncing her over the pavement in his enthusiasm.

“Chaos,” she repeated as if that clarified everything.

Donna went to the back door and held it open. A black-and-white border collie bounded through the door and circled them, barking, just as out of control as Greg.