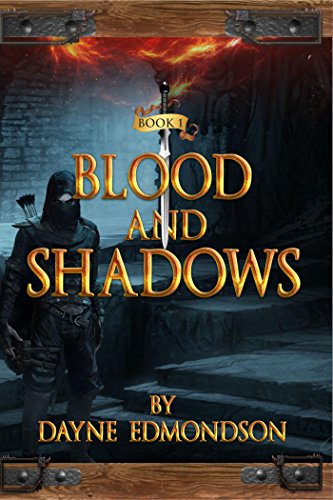 They came from the shadows. They came to destroy us.

Twenty years ago, bloodthirsty assassins turned an innocent girl into a monster. Most of her humanity perished. She fell into darkness.

Now she steps from the shadows. Now she destroys the light. Now she brings the rise of the assassin king.

Dawyn Darklance was thrust into war. After mysteriously arriving on Tar Ebon he joined the Kingdom of Tar Ebon's army. Dawyn rose to the rank of commander of the king's guard and now has been chosen to find and destroy the assassin king.

Against the assassin onslaught, Tar Ebon stands alone. But Dawyn and his allies, a druid, mage, and bard, will rise and fight. They will win, or they will die.

This book introduces two major characters from the rest of my series. Dawyn Darklance and Bridgette.