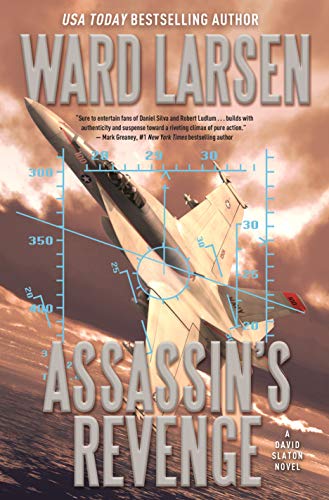 On a sunny dock in Gibraltar, Slaton returns to the sailboat he shares with his wife and young son to find them missing. The only clue to their whereabouts is a cryptic message: If he wants to see them again, he must eliminate an obscure scientist working for the International Atomic Energy Agency. Slaton races to Vienna to unravel the scheme.

Half a world away, a small team of ISIS operatives arrives in North Korea. It is comprised of two suicidal jihadists, one technician, and the caliphate’s only officer with naval experience. Their mission: to reestablish the group’s relevance by undertaking a shocking strike against America.

From Europe to North Korea to the Pacific Ocean, Slaton finds himself entangled in a deadly nuclear game. Working against him are a band of suicidal terrorists, supported by a North Korean government that is about to implode. That slate of actors, however, face something even more lethal.

A devoted father and husband—one who happens to be the perfect assassin.


At the Publisher's request, this title is being sold without Digital Rights Management Software (DRM) applied. 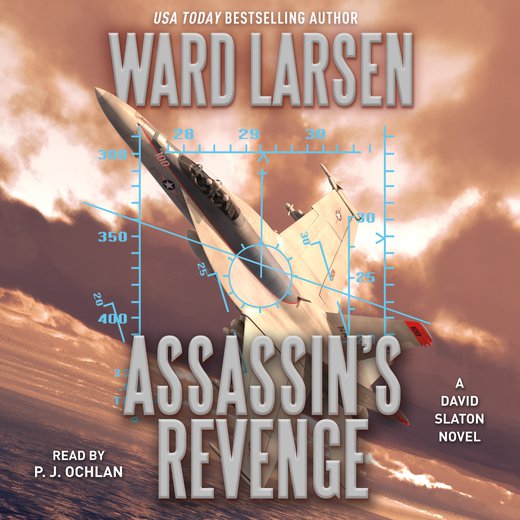 The F/A-18F Super Hornet threaded between hills at less than three hundred feet. Had it been daytime, the craggy terrain would have been a blur, trees and rock rushing past like a Star Wars jump to light speed. As it was, on a clear half-moon night, the hills were no more than fleeting glimpses of shadow in the periphery.

It was enough to hold the attention of both the jet’s occupants.

The pilot, Commander Dan “Gonno” Rhea, was navigating using the thermographic display from their latest and greatest gadget, a forward-looking infrared pod that gave a righteous picture for hand-flying the jet at MSA—minimum sane altitude. He took particular care not to stroke the afterburner. They were flying single ship, and completely unannounced, deep inside North Korean airspace. That being the case, he had no desire to advertise their presence with thirty-foot-long plumes of fire from the twin exhaust cans. Along the same lines, he was careful not to break the sound barrier and throw a sonic boom across the countryside. That would be like ringing the doorbell on air defense networks which had so far remained quiet. The fact that Rhea was committing every synapse to flying his jet was probably just as well—his egress back over the border could prove even more problematic.

“Sir, are you sure about this?” he asked again through the intercom.

“Never more sure in my life,” came the response from the back seat.

Rhea had always thought himself unflappable—as Navy pilots tended to be. Yet this present situation, to put it mildly, had his full and undivided attention. What mystified him was the guy in back. Rhea was sure he wasn’t an aviator, yet he seemed infused with a surreal calmness. His voice was more level now than when they’d been standing next to the briefing room coffee pot. His words were perfectly focused, his responses clear and succinct. Whoever and whatever he was … the guy was in a zone.

Commander Rhea didn’t even know how to address his stand-in weapons system operator. As far as he knew, the man wasn’t a military officer. But he definitely had clout—more than any admiral Rhea had ever seen. The air wing commander had given explicit orders: Give him anything he wants. Emphasis on anything. Unfortunately, what he wanted—and hadn’t mentioned until after they were airborne—seemed like a death wish.

Rhea wished he had more time to think about it. More time to weigh the risk-reward balance of a maneuver that was going to put his career on a fast track: whether it was to aviation legend or Leavenworth he had no idea. But then, it was probably for the best—in the dead of night, at two hundred feet above the ground and 550 knots, there was no time to dwell on his next fitness report.

He couldn’t avert his eyes from the terrain display for more than a second. He stole the occasional glance at the map. A momentary cross-check of airspeed and the time-to-target clock. He’d given up trying to talk his nugget backseater out of what they were about to do. That had been settled definitively ten minutes earlier. Rhea’s eyes flicked again disbelievingly to the standby compass on the far right side of his instrument panel—it was no longer functional, a bullet hole dead center.

“Do what you have to, Commander.”

“Okay,” Rhea said, because what else could he say? “Thirty seconds.” He pulled the throttles to idle, and the aircraft began to decelerate. Rhea pulled back, the G-forces increasing smoothly until the jet was established in a twenty-degree climb. The deceleration became more pronounced, the airspeed tape winding down as if falling off a cliff. The sudden slowdown caused a slight uptick in the computed arrival time as the nav computer corrected for the lower speed.

“Last chance to change your mind…” Rhea said, more a comment than any kind of advice.

For the first time there was no reply from the back seat. Rhea didn’t know what to make of that. He’d only met the man a few hours ago. He was slightly on the tall side, in very good shape. Sandy hair and unusual gray eyes, a five-day beard to suggest he was either trying for the chic rough-hewn look, or that grooming had become secondary in recent days. Rhea would have bet his pension on the latter. The man’s English was effortless, but there was a hint of an accent Rhea couldn’t quite place. Yet he always found himself coming back to the eyes—they held a surreal intensity. Rhea had the feeling that every word he’d spoken in his quick-fire preflight briefing had been recorded on some kind of hard drive in the guy’s head. Oxygen mask, fast pants, parachute procedures—every detail, notched word for word.

Gotta be a snake-eater or a spook, he decided. Maybe both.

Commander Rhea had seen a lot in his fifteen years in the Navy. Plenty of combat during cruises to the Gulf and Med, two spins through TOPGUN, one as a student, another as an instructor. He’d strafed ISIS strongholds and dodged surface-to-air missiles. But he’d never done anything as dodgy as this. Never heard anyone think about performing such a move. Not over open ocean or a desert training ground. Sure as hell not over North freaking Korea. The maneuver wasn’t in any NATOPS manual. Not really. Then again, as a graduate of TOPGUN, he did see one parallel. It made Rhea think of the tables for a JDAM precision bomb, or maybe a Maverick missile. He was making a weapon delivery of sorts.

“Yeah,” he whispered to himself, “that’s exactly what it is.”

“What?” said the backseater.

“Thanks. And thanks for getting me this far.”

Rhea glanced at the bullet hole in his compass. “Two … one … go!”

David Slaton, who was already gripping the yellow handle between his thighs, pulled it sharply upward and hung on for dear life.