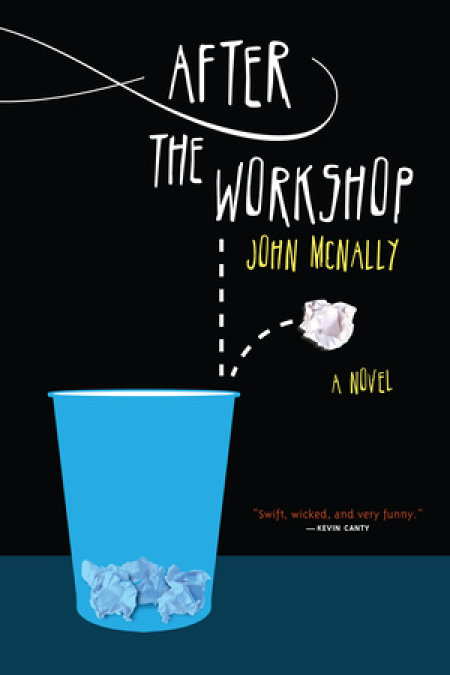 Life is hard for a literary wunderkind after a decade of writer’s block in this “ribald deconstruction . . . of an industry in love with its own absurdities” (Kirkus Reviews).

You graduate from the Iowa Writers’ Workshop with a short story published in The New Yorker and subsequently Best American Short Stories. You stay in town and work on your novel. And work on your novel. Until, finally, twelve years have passed . . . and you are working as a media escort for author tours and your unfinished novel sits in a box under your bed. Now your girlfriend has left you. Your car is missing a muffler. Your neighbor is walking around naked because his hands are bandaged and he can’t unzip his pants. You are at the whims of a slew of increasingly unhinged writers, and when one of them disappears, an insane New York publicist begins stalking you.

This is the life of Jack Hercules Sheahan, a character well understood by author John McNally. McNally is also a graduate of the Iowa Writers’ Workshop as well as a former media escort, and these misadventures are brought to life by his very own.

Recalling the wry humor of novels by Nick Hornby and Michael Chabon, After the Workshop tells the satirical story of a writer who confronts the demons from his past while escorting those of his present.