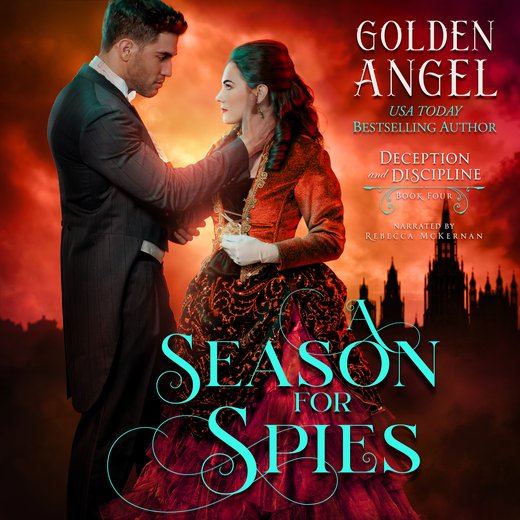 A Season for Spies

As she races to uncover the traitor, she can hide from him no longer...

Perpetually vexed by his misbehaving niece, the Marquess of Camden and Spymaster to the Crown is putting his foot down once and for all. If Evie wants to participate in the hunt for the traitor, she will do so under the auspices of Captain Anthony Browne... the man who once asked her to be his mistress after she seduced him. Not that she ever told her uncle about the encounter. But now the captain knows her true identity and there's going to be a passionate price to pay for her trickery.

After much confusion and frustration, Captain Anthony Browne has finally learned the identity of the mysterious tart who saved his life in a French brothel four years ago. But the last place he expected to find the lovely lightskirt with whom he shared a single night of pleasure is at the Marquess of Camden's side, where she is announced as the Spymaster's niece.

Evie has no intention of marrying, even if the domineering Captain is the one man she has never been able to forget. Her only wish is to beat him and everyone else to the traitor. Though the competition between them is fierce, their attraction is even more powerful, and temptation is becoming harder and harder to resist.