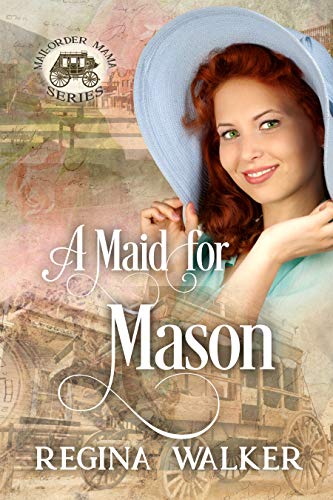 A Maid for Mason

Mary Ann grew up in New York, as the daughter of an immigrant Irishman and a housemaid. Her coming of age was marked as the day she started work. The young woman of the house where she is employed is full of wild ideas and tries to drag Mary Ann into her schemes. One such scheme finds Mary Ann giving in to exchange letters with a man settling in the west, which makes her imagine something other than the life of a housemaid for the first time.

Widowed at a young age, Mason has been left to care for his son, James, and his land alone. They have enough to get by, but it's hard to work the land, run the cows, and keep a toddling boy out of trouble. His sister and her husband help where they can, and they keep offering to take his son for a time, but Mason can’t bear the thought of letting the boy go live with them. Love is the last thing on his mind as he tries to figure out how to keep moving forward.

⚠ Hannah, Mason's sister, doesn't think her brother should be trying to do everything alone. He won't listen to her pleas to do something to find a wife, so she takes matters into her own hands. ⚠

♥ Can two people, tricked by a sister with good intentions, find love on the frontier? ♥