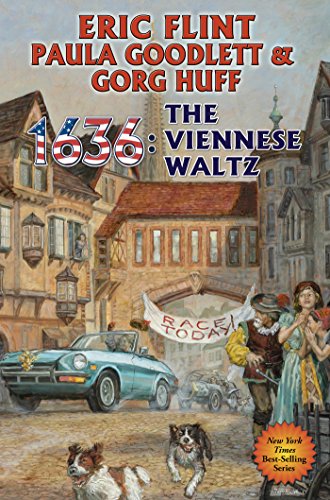 Book #18 in the multiple New York Times best-selling Ring of Fire series, and the team behind national bestseller 1635: The Kremlin Games. When Grantville, West Virginia was transported back to the year 1631 -- in the middle of the Thirty Years' War, no less -- many things happened. Many opportunities arose. It's said that a rising tide lifts all boats. Perhaps not quite as high as the Barbie Consortium rose, however. A cabal of ten- to twelve-year-old girls? They aren't twelve anymore. And they gave up playing with dolls some years ago, when they sold them all and started an investment consortium. A consortium that did quite well. The Barbie Consortium hits Vienna. In several different ways. The princes and princesses, dukes and duchesses, the common men and women on the street have no idea what's about to happen.Neither do the girls, but they're determined it'll happen their way. At the publisher's request, this title is sold without DRM (Digital Rights Management). About 1636: The Devil's Opera : “Another engaging alternate history from a master of the genre.”— Booklist “. . . an old-style police-procedural mystery, set in 17th century Germany. . . . the threads . . . spin together . . . to weave an addictively entertaining story. . . . a strong addition to a fun series.”— Daily News of Galveston County About Eric Flint’s Ring of Fire series: “This alternate history series is…a landmark…”— Booklist “[Eric] Flint's 1632 universe seems to be inspiring a whole new crop of gifted alternate historians.”— Booklist “…reads like a technothriller set in the age of the Medicis…”— Publishers Weekly Eric Flint is a modern master of alternate history fiction, with over three million books in print. He’s the author/creator of the New York Times best-selling Ring of Fire series. With David Drake he has written six popular novels in the “Belisarius” alternate Roman history series, and with David Weber collaborated on 1633 and 1634: The Baltic War and latest Honorverse series entry, Cauldron of Ghosts. Flint was for many years a labor union activist. He lives near Chicago, Illinois.