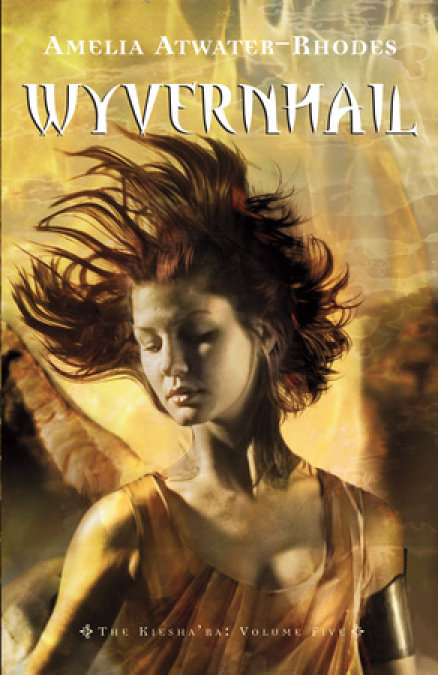 HAI HAS ALWAYS been an outsider. With a falcon mother and a deceased cobra father, she is considered a mongrel by most, an ally by some, and a friend by few. Hai's broken falcon wings are a painful reminder of the life she once led on the island of Ahnmik. And here in Wyvern's Court, the avian and serpiente royal family keep their distance, refusing to acknowledge her cobra bloodline. They know that Hai's magic is so volatile, she can barely control it, and images of the past and future threaten to overwhelm her.When Hai's cousin, Oliza Shardae Cobriana, abdicates the throne of Wyvern's Court, Hai has visions only of destruction: the serpiente king Salem, dying in her arms; the dutiful guard, Nicias, unable to save a generation of children; and Wyvern's Court engulfed in flames.Now Hai will do anything to protect her new home - even if it means betraying the very people who need her most.

***Before I had even descended the northern hills, I could hear shouting.I took another step forward, and suddenly the noise was replaced by absolute silence. I looked over the market that had just been filled with anxious, frightened and angry avians and serpents, and saw nothing but mist and the pale shimmer of falcon magic.I squeezed my eyes closed, trying to clear the vision from my mind before it could overwhelm me. This time I succeeded in chasing away the sakkri, and I was grateful for that. Too often I became lost in other times and places, especially when I walked through the center of Wyvern's Court. Anhamirak's magic swirled so thickly there among the avians and the serpiente, it frequently robbed me of any scraps of control I might have had.The shouting returned, and I entered the market.