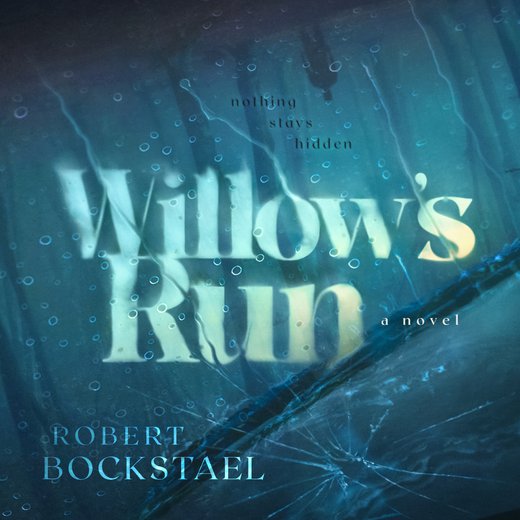 A woman on the run from her sadistic husband in a stolen million-dollar motor home is trapped in a small town.

This debut novel gives new meaning to the phrase ‘strong female protagonist’ and guarantees to satisfy anyone looking for action, mystery, and unforgettable characters.

After a crippling injury on the volleyball court causes the U.S. to lose gold at Beijing, Alcima’s life spirals into addiction and an abusive marriage. In a rare moment of clarity, she escapes.

In her husband's two-million-dollar RV.

Almost across the country and out of his grasp, Alcima is stopped for a minor traffic infraction. When she pulls off the road, the massive motorhome rolls over, setting off a chain of events that conspire to trap Alcima in a nearby small town during a week of violent rainstorms.

Holed up in an abandoned campground, hunger forces Alcima to venture out, where she meets a local librarian, Booker Thompson. Attracted by Alcima’s fearless nature and offbeat humor, Booker enlists a few of his close friends to help her hide from the dangerous man hot on her trail.

Booker leads Alcima on a harrowing journey to his secluded island, where they tumble into an intense affair. But she soon discovers an even worse fate than being found by her revenge obsessed husband. Uncovering long buried secrets about the town - and Booker - she is inexorably drawn down into a terrifying subterranean world where she comes face to face with her fears and her one, tragic physical flaw.

When she is betrayed, there is only one thing she can do.