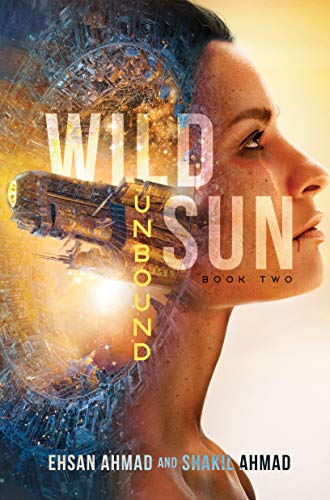 “ Unbound capably sucks you into the action in its first few pages and doesn't let you go until you're too invested to do anything other than finish it in the wee hours of the morning.” -Shelly Campbell, author of Under the Lesser Moon and Gulf “Solid… Fans of the first entry will be pleased.” -Publishers Weekly “A science fiction saga that ponders themes of colonialism, racial prejudice, and gender roles… Culminates in a frenetic, explosive battle from which [no one] can escape unscathed.” -Foreword Reviews Once kindled, the flames of hope are not easily extinguished. No longer bound to a life of forced labor in the enemy’s mines, Cerrin leads a small band of escaped slaves in search of a new home in the ancient forest where she was born. But freedom is not the same as victory. And death is never far behind. Soldiers of an advanced and ruthless empire are forever at their heels. Leading the pursuit is Count Talazeer, a vicious nobleman driven by a personal vendetta against Cerrin… and a desperate need for redemption in the eyes of his family and his people. Each day of survival is a victory. Turning to f ight their enemy remains an impossible dream. And yet, even as death claims them one by one, the former slaves hold fast to faith in their gods and, above all, in Cerrin. And now, Cerrin will discover strange new allies—and enemies—are waiting for her people amidst the forest and beyond the stars.