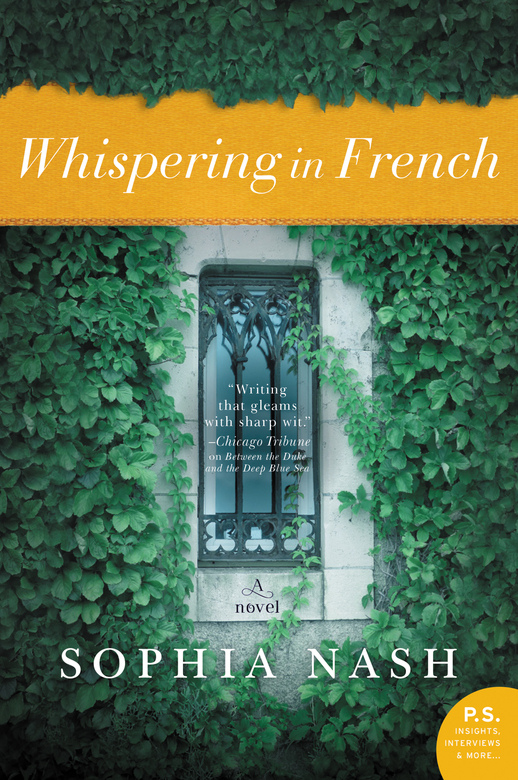 Award-winning romance author Sophia Nash makes her women’s fiction debut with a beautifully crafted, funny, and life-affirming story set in the Atlantic seaside region of France, as one woman returns to France to sell her family home and finds an unexpected chance to start over—perfect for fans of Le Divorce and The Little Paris Bookshop.

Home is the last place Kate expected to find herself…

As a child, Kate Hamilton was packed off each summer to her grandfather’s ivy-covered villa in southern France. That ancestral home, named Marthe Marie, is now crumbling, and it falls to Kate—regarded as the most responsible and practical member of her family—to return to the rugged, beautiful seaside region to confront her grandfather’s debts and convince him to sell.

Kate makes her living as a psychologist and life coach, but her own life is in as much disarray as Marthe Marie. Her marriage has ended, and she’s convinced that she has failed her teenaged daughter, Lily, in unforgiveable ways. While delving into colorful family history and the consequences of her own choices, Kate reluctantly agrees to provide coaching to Major Edward Soames, a British military officer suffering with post-traumatic stress. Breaking through his shell, and dealing with idiosyncratic locals intent on viewing her as an Americanized outsider, will give Kate new insight into who—and where—she wants to be. The answers will prove as surprising as the secrets that reside in the centuries-old villa.

Witty and sophisticated, rich in history and culture, Sophia Nash’s novel vividly evokes both its idyllic French setting and the universal themes of self-forgiveness and rebuilding in a story as touching as it is wise.