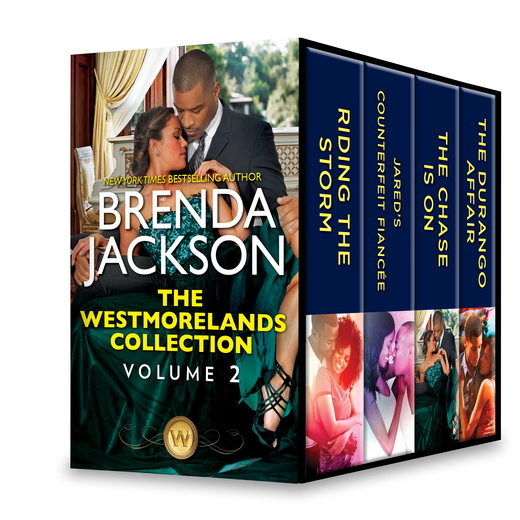 The Westmorelands always get what they want!

Firefighter Storm Westmoreland is legendary for sweet-talking any woman into his bed, but something about Jayla Cole leaves The Perfect Storm wanting more… While Dana Rollins owes Jared Westmoreland a favor, pretending to be his fiancée will mean putting her heart on the line… Chase Westmoreland’s falling hard for his next-door neighbor, but she’s hiding a secret that will test his limits… Pregnant Savannah Claiborne says yes to an in-name-only marriage with ranger Durango Westmoreland, but he refuses to let it end there…

For even more from New York Times bestselling author Brenda Jackson, pick up her latest book in the bestselling Westmoreland Legacy series,