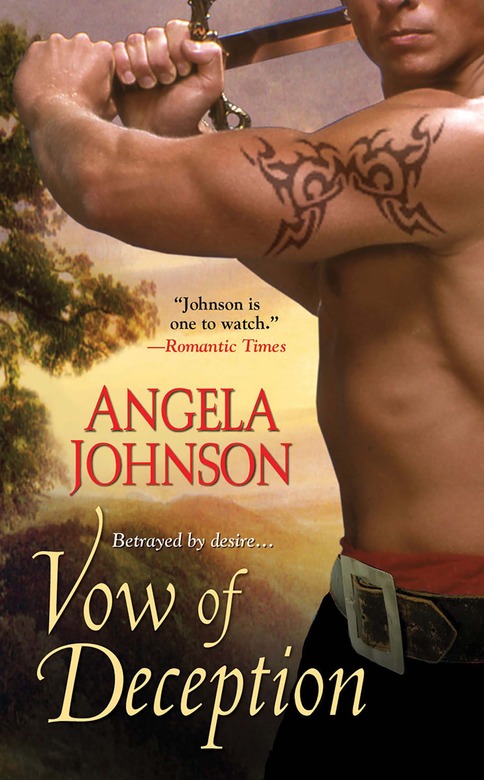 Your first allegiance is to your heart. . . As a knight, Sir Rand Montague's allegiance is to King Edward I. But when the king orders Rand to escort Rosalyn Harcourt to court in order to wed her off to Sir Golan--a crass knight Rand abhors--he's torn between duty and desire. For Rand has never forgotten the woman he spent one incredible night of passion with. . . After suffering abuse at the hands of her deceased husband, Rose wishes to never wed again. But when Rand rescues her after Sir Golan attempts to compromise her, she agrees to marry Rand in name only. However, sharing such close quarters with Rand brings back memories of their torrid rendezvous--and tempts Rose to give in to an all-consuming desire. . . Praise for Angela Johnson's Vow of Seduction "Outstanding!" --Susan Johnson "Johnson is one to watch." -- Romantic Times