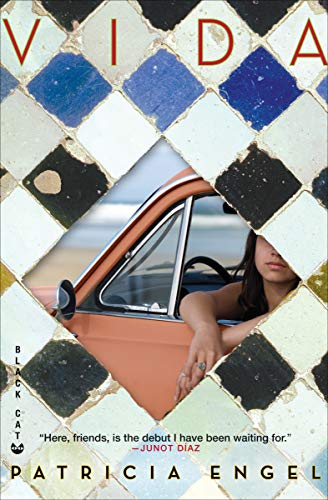 A New York Times Notable Book, an NPR Best Debut of the Year, and a PEN/Hemingway finalist.

These linked stories follow Sabina as she navigates her shifting identity as a daughter of the Colombian diaspora, and struggles to find her place within and beyond the net of her strong, protective, but embattled family.

In “Lucho,” Sabina's family—already “foreigners in a town of blancos”—is shunned by the community when a relative commits an unspeakable act of violence, but she is in turn befriended by the town bad boy, who has a secret of his own. In “Desaliento,” Sabina surrounds herself with other young drifters who spend their time looking for love and then fleeing from it—until reality catches up with one of them. And in “Vida,” the urgency of Sabina's self-imposed exile in Miami fades when she meets an enigmatic Colombian woman with a tragic past.

“Vida calls to mind some of the best fiction from recent years. Like Elizabeth Strout's Olive Kitteridge, Engel uses stories about connected characters to illuminate her main subject, in this case Sabina, who moves with her family from Bogotá, Colombia, to New Jersey. Engel brings Sabina's family and culture to life with a narrative style reminiscent of Junot Díaz's The Brief Wondrous Life of Oscar Wao . . . Vivid, memorable . . . An exceptionally promising debut.” —The Plain Dealer