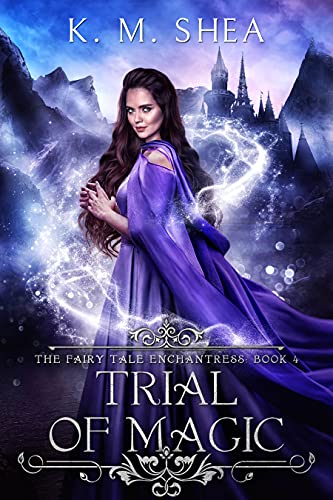 Lord Enchanter Evariste has been missing for years. Everyone has given up all hope of finding him—except for Angelique.

Because he dared to befriend her when all other mages scorned her due to her dangerous magic, Angelique is determined to find him—no matter the cost. But as years have passed and she has failed to locate Evariste, she's forced to realize that he was more than a friend.

Battle weary and sick of politics, Angelique is close to breaking...until she hears a rumor that Evariste was taken north.

To confirm the information, she'll have to break into a den of black mages, hide her identity, and master her magic—which she fears above all else.

But when she finally finds Evariste, she learns she is woefully unprepared for the enemies that hold him captive.

Trial of Magic is an epic fantasy fairy tale that follows a reluctant heroine who wants nothing to do with romance, magical battles, and curse breaking, but finds herself mucking with all three. Like its companion series, Timeless Fairy Tales, this series has clean romance.