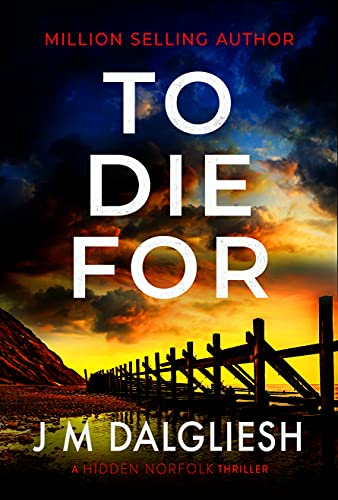 What line would you cross for the one you love?

When the body of a man is found dead in his remote, isolated home, DI Tom Janssen and his team struggle to understand what motive there could be to murder such an inoffensive, seemingly placid local character.

The man lived alone, was well known in the community but kept his distance from others leading a haphazard way of life. What secrets did he hide in his private life that might be worth killing for?

As the team are about to understand, even the most nondescript of people can exist in a world darker than most of us will ever see...

Set within the mysterious beauty of coastal Norfolk, this fast-paced British detective novel is a dark murder mystery that will keep you guessing until the very end when the final shocking twist is revealed.

To Die For is the ninth novel in the Hidden Norfolk series of thrillers from the million-selling British crime writer, JM Dalgliesh, the author of the Dark Yorkshire books. Perfect for fans of LJ Ross, JD Kirk, Angela Marsons, Simon McCleave and Damien Boyd.